Why scooters became a favorite invention of suffragettes, gangsters, and hungry Swiss 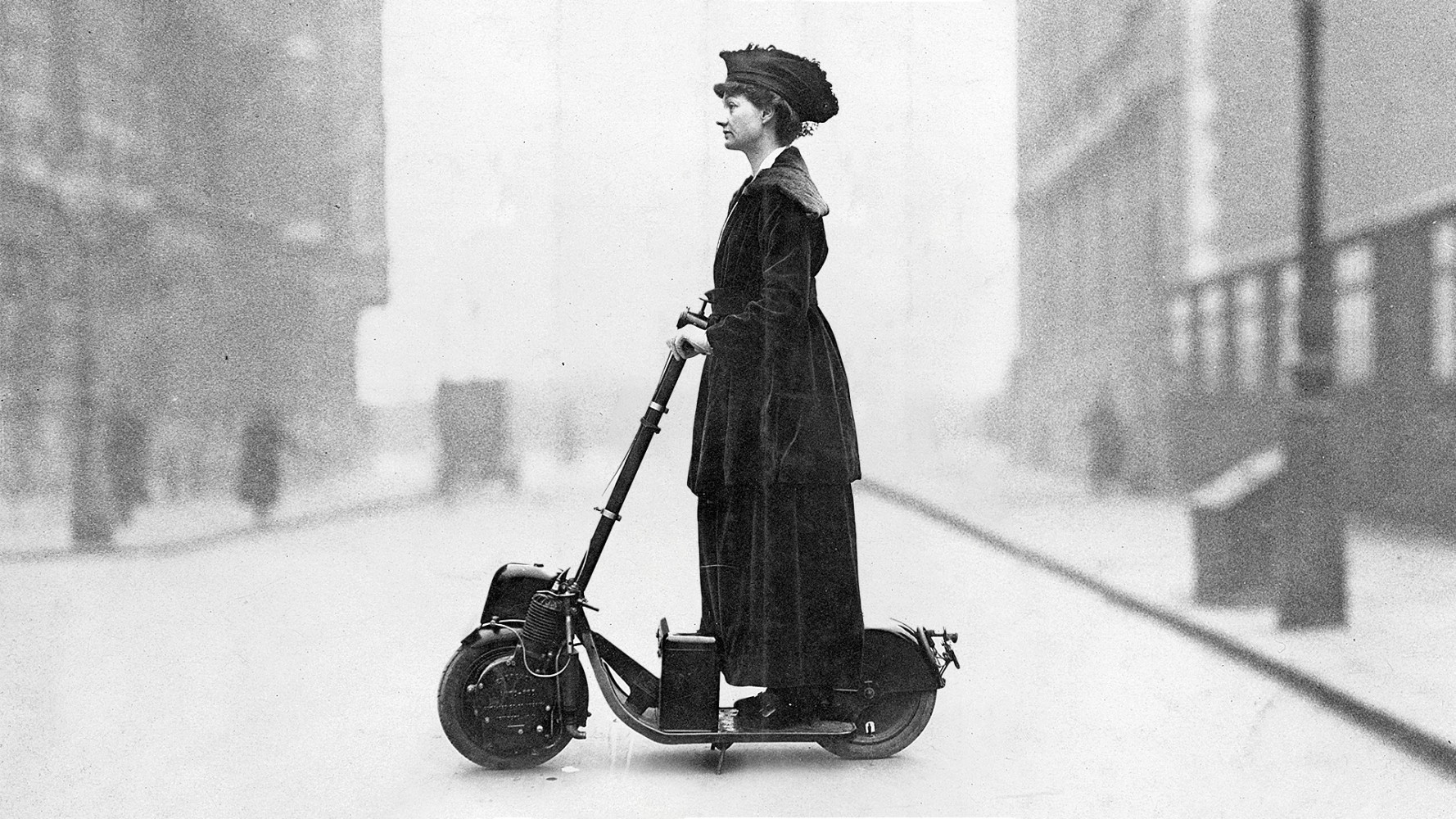 Everyone, it seems, loves scooters — whether they be little kids bombing down hills or C-suite execs weaving through midtown traffic. For more than a century, the scooter has straddled practicality and entertainment. And it all started when a guy didn’t want to hitch up a horse.

In the early 19th century, people had two ways of getting around town: leg power and horsepower. The latter became much tricker in 1816 when Indonesia’s Mount Tambora erupted, resulting in a wintry “Year Without Summer” across the northern hemisphere, killing harvests…and starving horses. That’s when German inventor Baron Karl von Drais de Sauerbrun, purportedly looking for an alternative to walking, cooked up a running machine. It looked a bit like a pedal-less bicycle—two big wheels and a beam between them, plus a tiller for controlling direction. Drais’s patented Laufmaschine—also known as the Draisine—was so expensive that only the upper crust could afford it. Hence, its derogatory nickname: “Dandy Horse.” 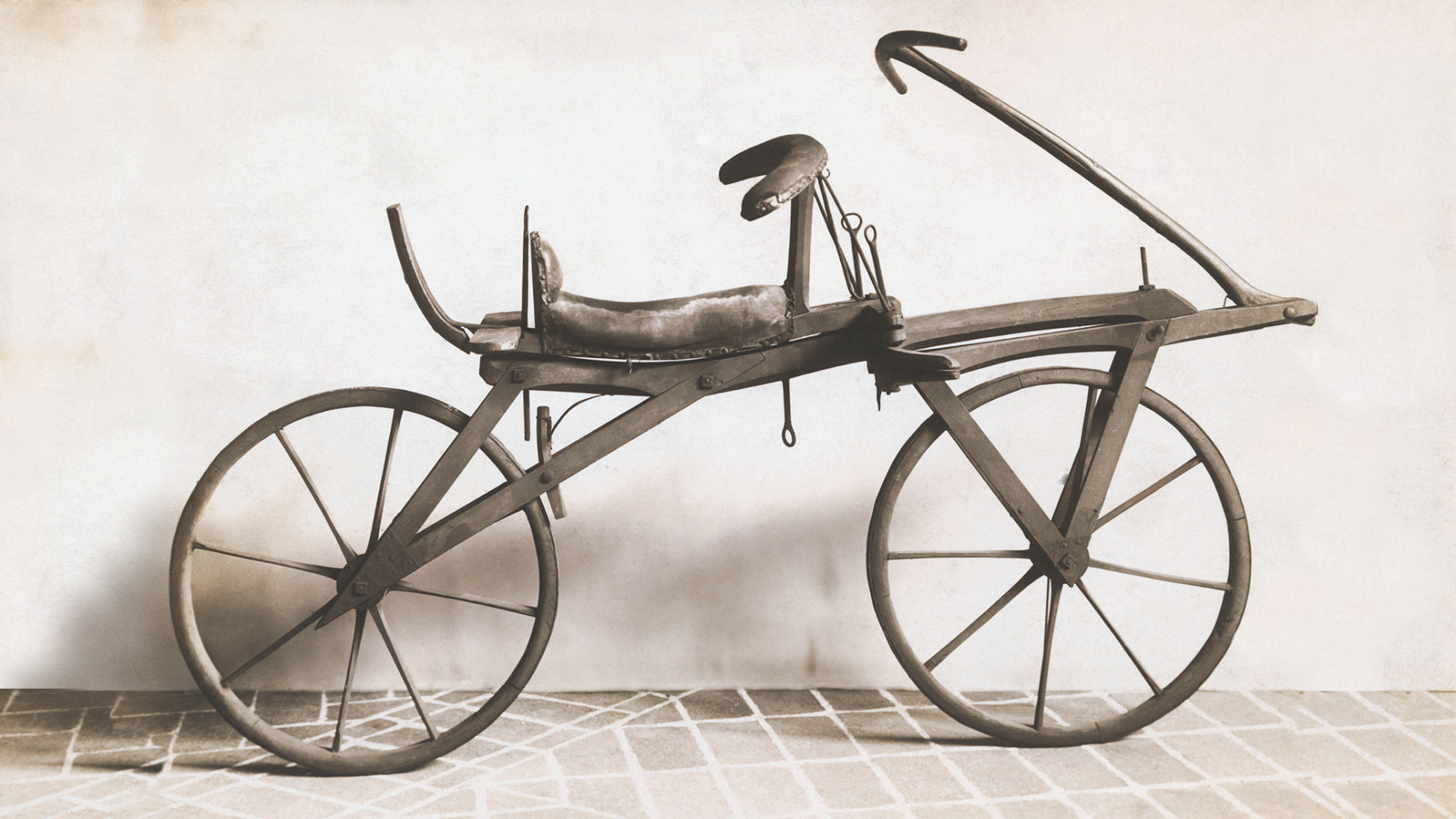 One of the few pedicycles actually constructed by Baron von Drais himself, 1817. (Getty Images)

If Drais’s invention was popular among the well-to-do, Wisa Gloria AG proved that kids could love scooting, too. By 1900, the Swiss toy manufacturer began producing a simple, wooden-wheeled version with a signature flag on the handlebars—the first recognizable mini-scooter. It became a hit, and they manufactured it for another half-century. (It wasn’t until 1980 that another Swiss engineer brought the next great mini-scooter upgrade: rubber wheels.) 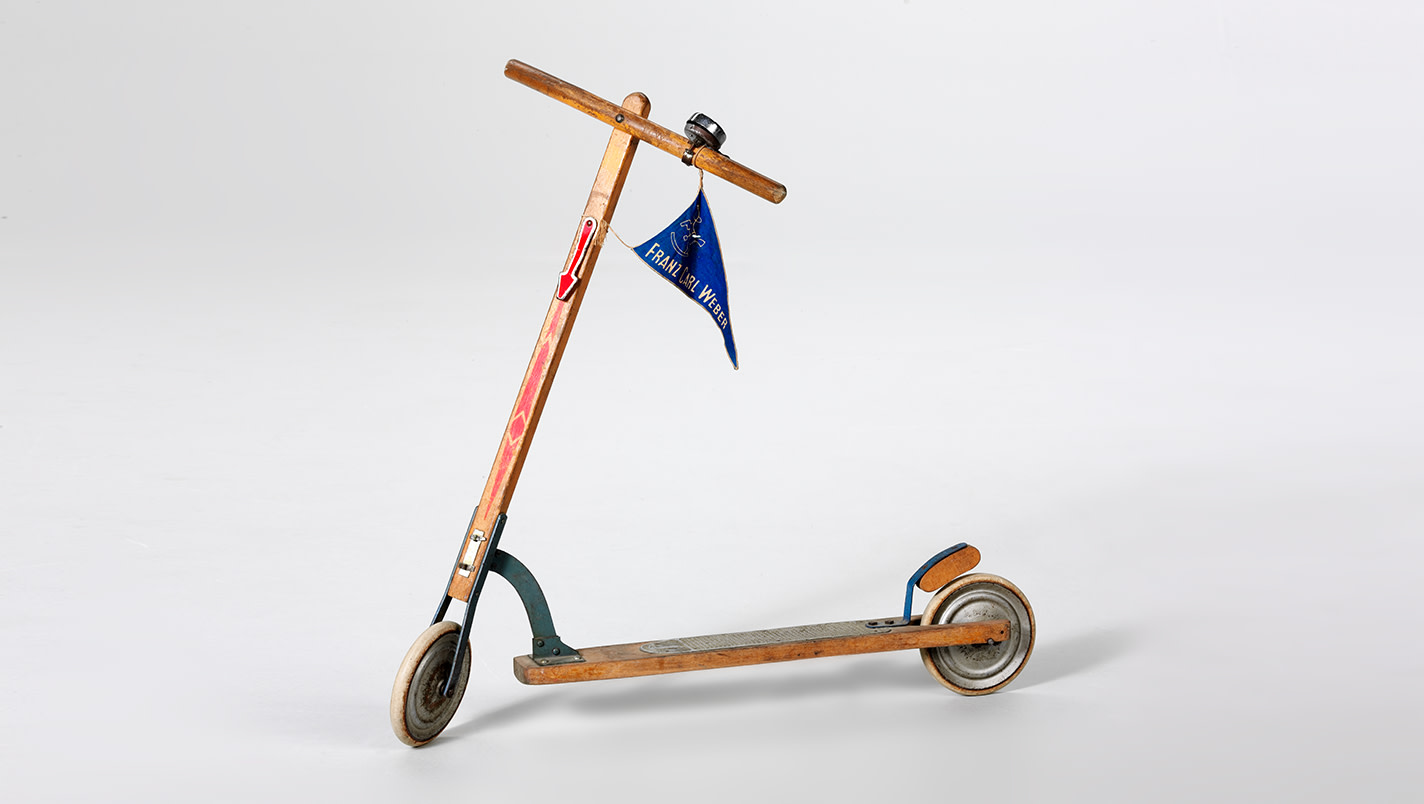 The first motorized scooters hit the streets of New York City in 1915 with the release of the Autoped. These mass-produced scooters had a gas-powered engine affixed over the front wheel and reportedly reached a wobbly 30 mph. Each cost $100, equivalent to just under $3,000 today. Scooter devotees included flappers and class-conscious women—who saw the machine as a status symbol—as well as trailblazers like British suffragette Lady Florence Norman, actress Shirley Kellogg, and Amelia Earhart. The U.S. Post Office invested in a fleet for its mail carriers, while local gangs—one of them dubbed the Long Island Bogtrotters—enjoyed the Autoped’s ease in navigating traffic and for hightailing it away from a crime scene. 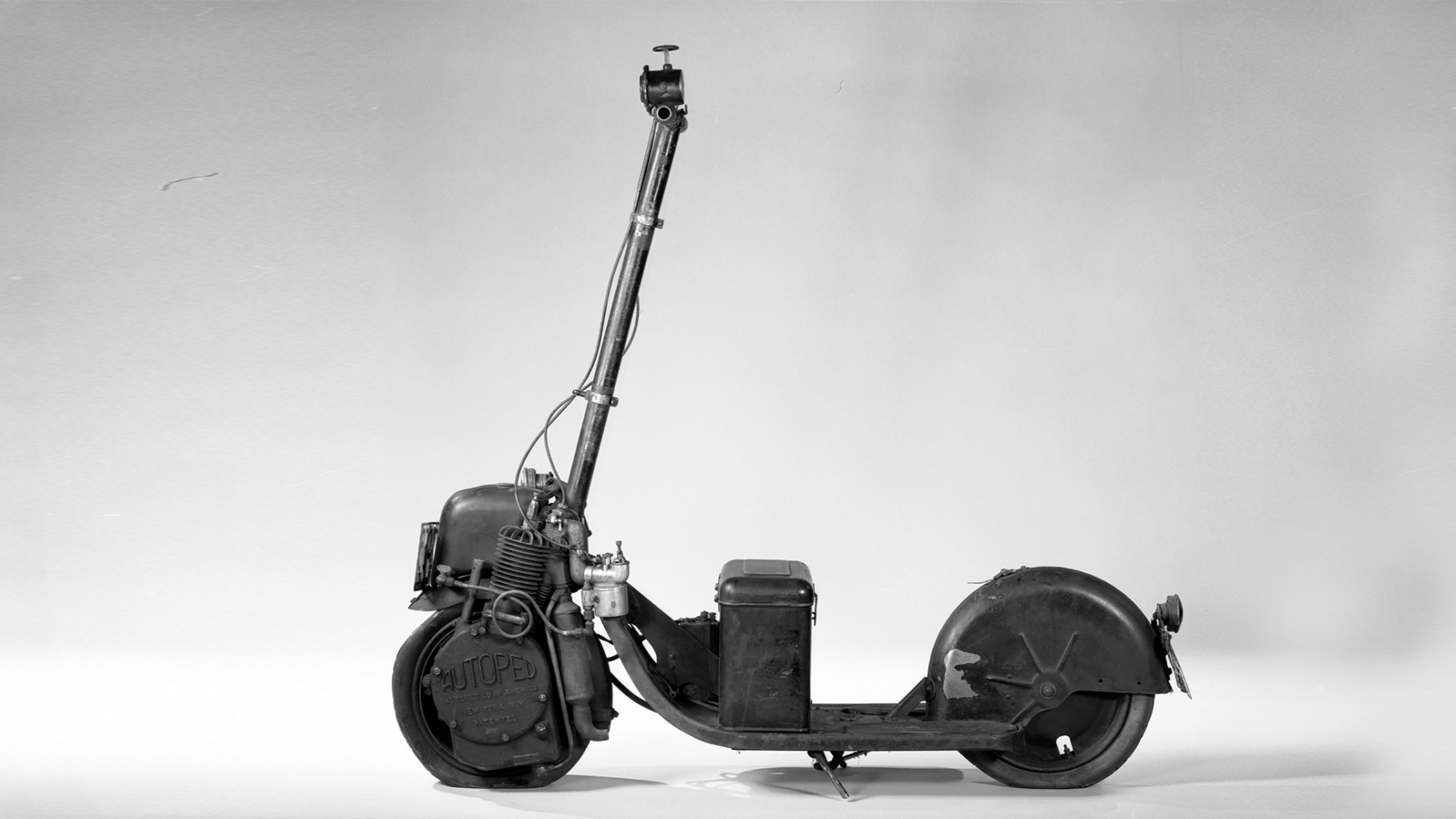 The modern kick scooter started with a sausage craving. In the mid-’90s, Wim Ouboter was at his apartment in Zurich and wanted a link from Sternen Grill sausage stand, an annoying one kilometer away. So he invented a foldable metal scooter with three rubber rollerblade wheels, which eventually evolved into a two-wheeler. Ouboter’s hankering changed the way we travel, and kick scooter popularity is still growing. Forecasters project the kick scooter market will grow for the next decade, buoyed by people’s concerns for the environment and their own health. Plus, they’re just plain fun. Just ask any of the 802 kick scooterers who, on May 26, 2019, descended on Luofu Mountain in Guangdong, China, for the largest parade of its type. 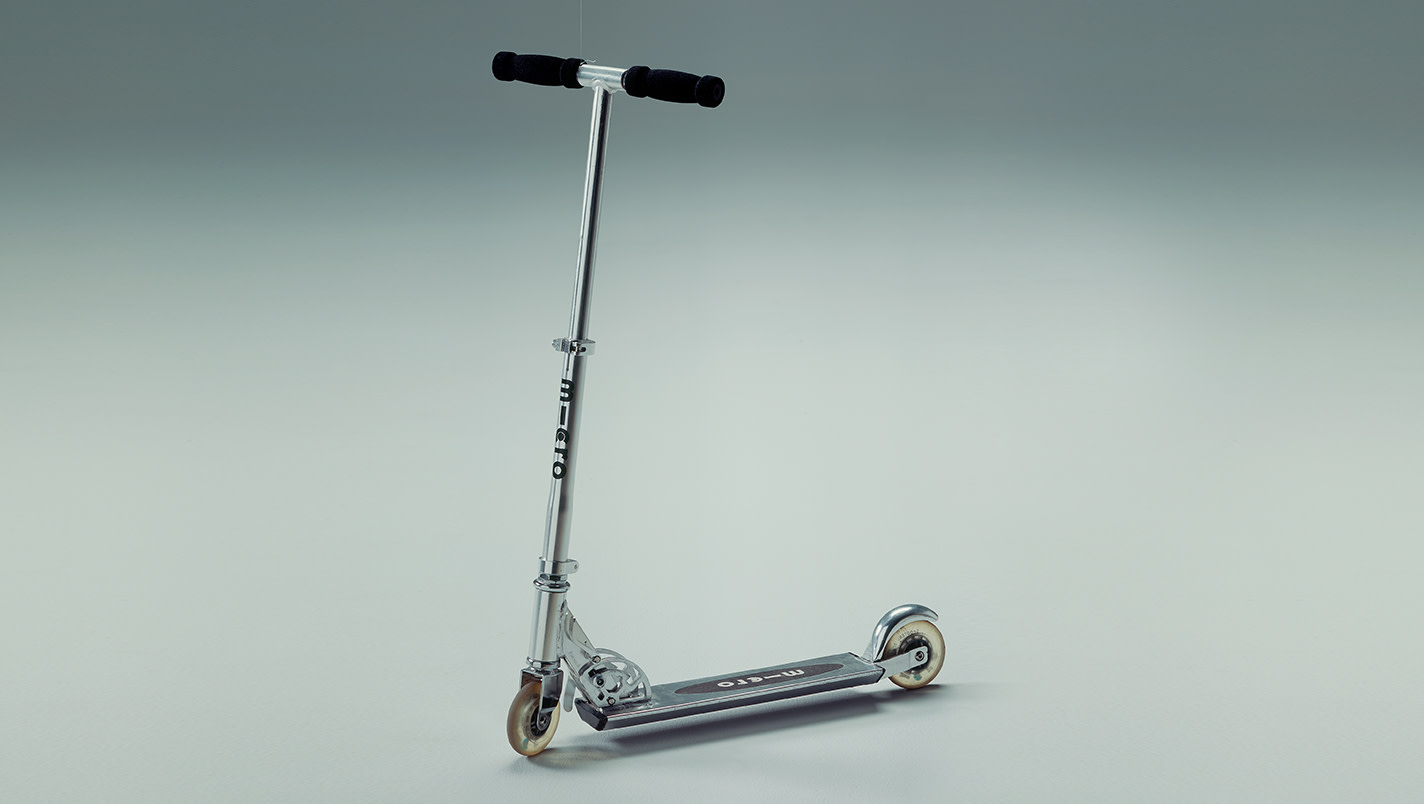 This micro-skate-scooter by Wim Ouboter is made of aluminum and is collapsible. (Swiss National Museum)

Any history of the scooter must include the Razor. Invented in Taiwan by Gino Tsai, president of the J.D. Corporation and a mechanical engineer, the lightweight, foldable toy was an act of necessity: Tsai’s legs were short, and it took him forever to get around his bicycle-part factory. It took two years of R&D for Tsai to build his scooter — and it wasn’t until 1998 that Sharper Image got a glimpse and put in an order for 4,000 units. Quickly, it became a hit among adrenaline-junkie teens in Los Angeles, and soon after, freestyle scooter riding was born. (The tricks are similar to BMX-ing and skateboarding.) Today, the sport’s most lauded athletes include American Dakota Schuetz, aka “Kota,” Australian Ryan Williams, or “R-Willy,” and German Katharina Albrecht. 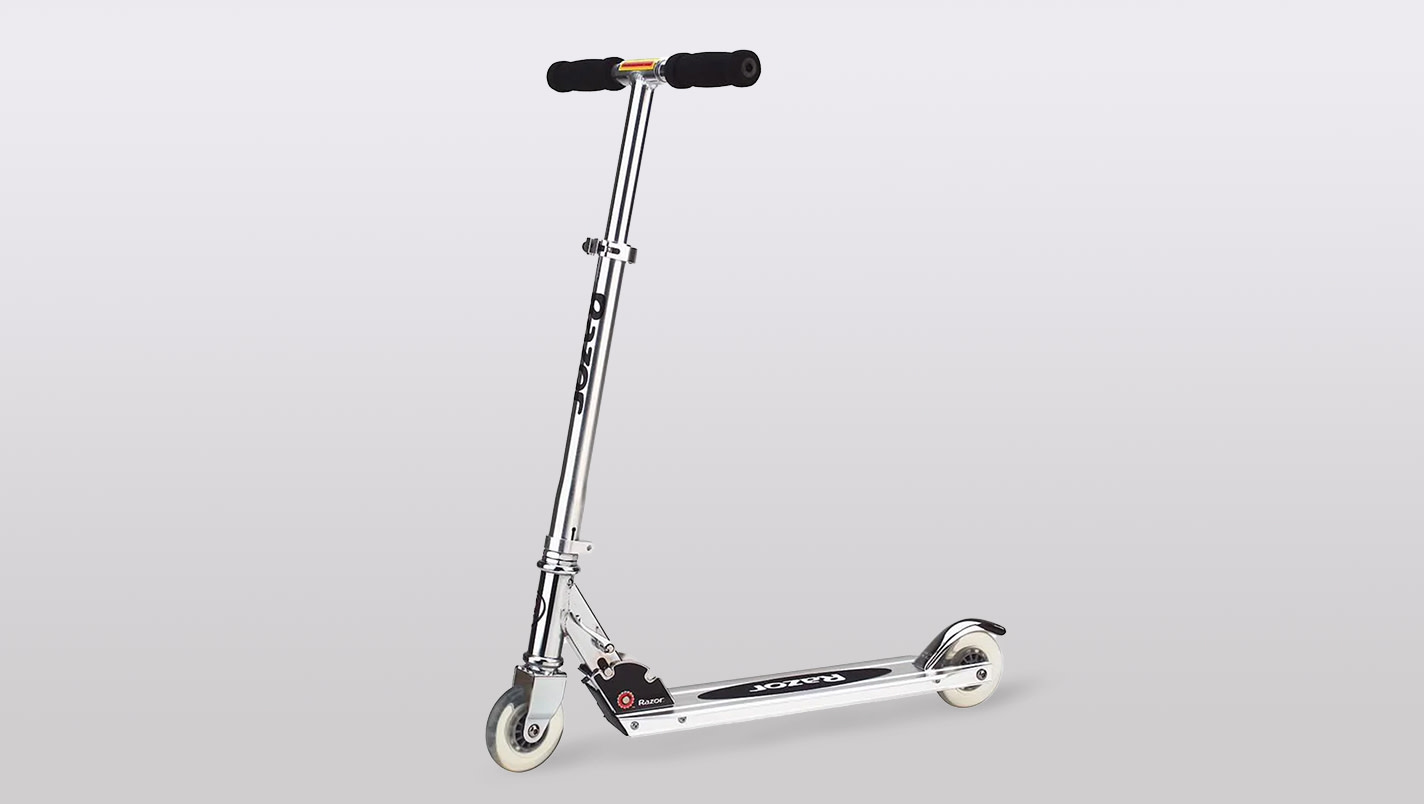 The Razor Scooter is a compact folding scooter developed by Micro Mobility Systems and manufactured by JD Corporation.

Four college friends from Singapore invented the next wave of two-wheel dominance—in order to beat the heat. Singapore is hot all year round, and even a 10-minute walk from the subway can leave you a sweaty mess. So the friends invented a system where anyone could rent a shared e-scooter—unlocking it from, and returning it to, docks in the Punggol Waterway area. (The dockless kind came later.) Shared e-scooter networks got to Seattle in 2017, and despite some early hiccups—including many scooters being tossed in the drink—they quickly became enmeshed in urban areas across the country. Today, Lyft operates scooter-share programs in Chicago, Denver, Minneapolis, Los Angeles, and Washington, D.C. 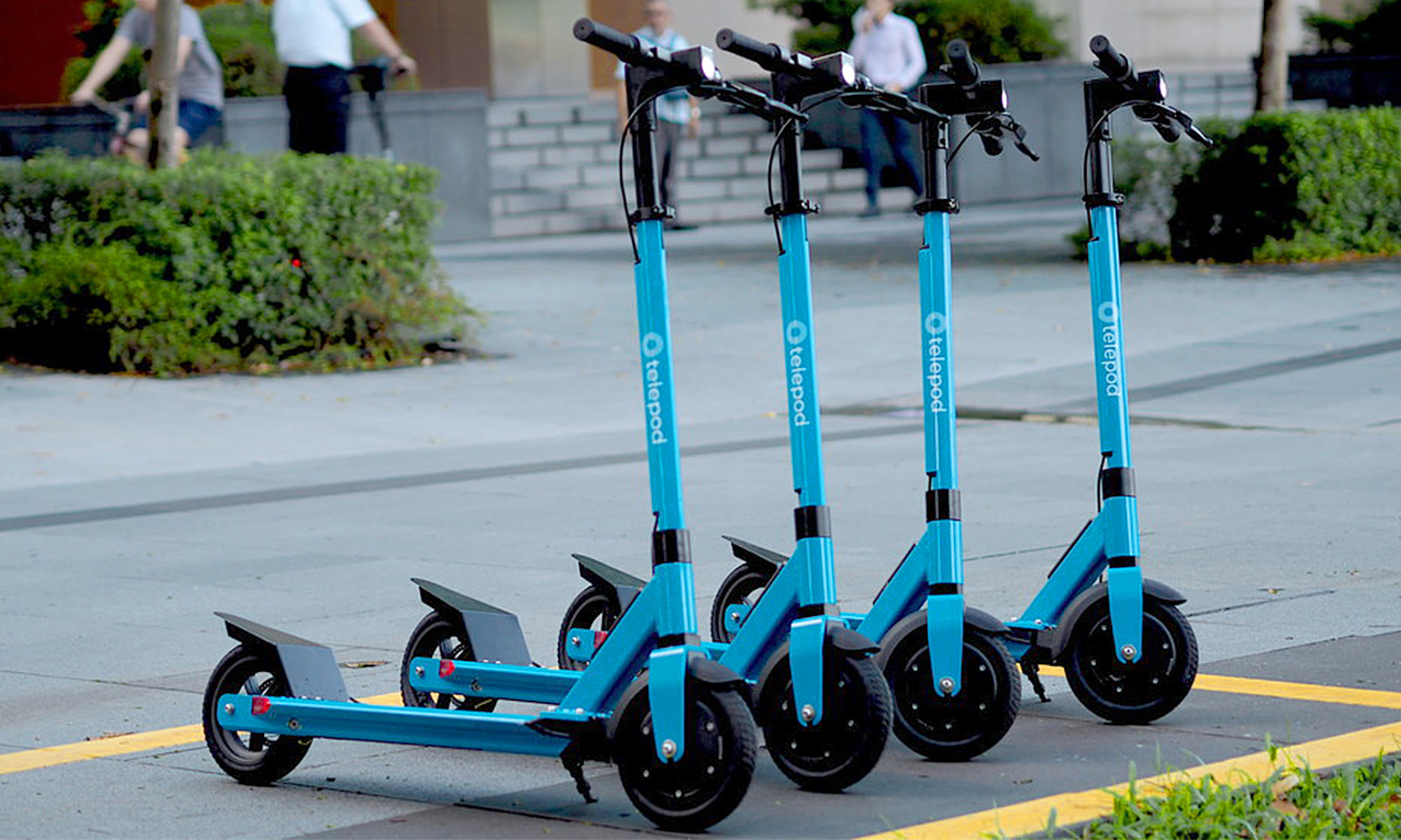 The content provided in this article is for informational purposes only. Unless otherwise stated, Lyft is not affiliated with any businesses, organizations, or individuals mentioned in this article.