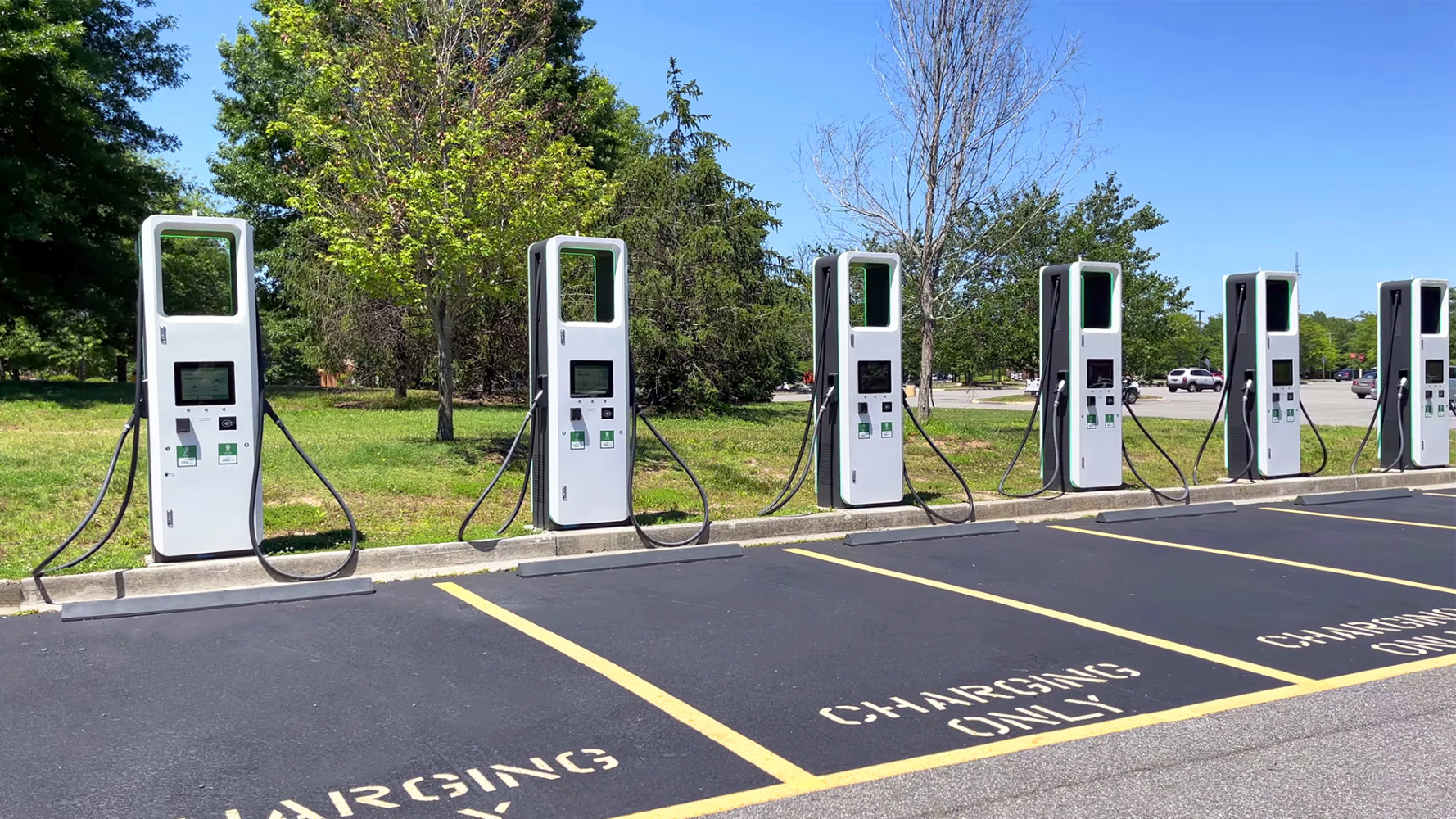 Electric vehicles (EVs) have been around in the U.S. for decades, but they still represent just about 5% of new car sales. That’s not even close to good enough for our planet — or for Lyft. We’ve pledged to achieve 100% electric vehicles across the Lyft platform by the end of 2030. We recently announced a suite of new offerings for drivers on our platform to switch to EVs, but they are a large and diverse group — and we can’t count on all of them to be early adopters. For all of us to address the urgent threat of climate change, EVs need to get a lot more popular, and quickly.

This might sound gloomy, but as Lyft’s director of sustainability, I’m not worried. Successful technology adoption doesn’t always happen in a straight line. It often looks more like a hockey stick, growing slowly until it hits an inflection point and suddenly takes off. We’ve seen this again and again — from personal computers to smartphones to the internet itself. And from everything I’ve observed over the past year, including important investments from government and private industry, EVs are on the cusp of the same kind of massive growth.

Of course, not every technology experiences hockey-stick growth. But if you look at the ones that did, you’ll see they share some characteristics. And you’ll see that they have a lot in common with where EVs are today.

First, hockey-stick technologies tend to get exponentially cheaper and more efficient over time. The most famous example of this is Moore’s Law, a declaration that the number of transistors on a microchip would double every two years. (Really, this was more a target than a law, but it worked; microchips did indeed follow this trajectory for several decades.) Gordon Moore asserted this law in 1965, the same year that the first commercial 16-bit minicomputer, the DDP-116, went on the market; it cost $28,500. A dozen years later, the 1MHz Apple II went on sale for a base price of about $1,300. And it goes without saying that computers only grew cheaper, more powerful, and more ubiquitous in the years that followed.

EVs appear to be on a similar trajectory. In 2010, lithium-ion battery packs — the most expensive unique component of an EV — cost $1,200 per kilowatt-hour. Last year, that number had fallen to $132, a drop of 89%. That number has to fall a little bit further; most experts say that EVs won’t be comparable with traditional cars until they hit $100 per kilowatt-hour. But at the rate this technology is developing, that shouldn’t take long. (And until then, federal and state governments are pitching in with incentives to help defray the extra cost.)

New technologies also experience hockey-stick growth when they get easier to use. Early adopters may be willing to put up with inconveniences and technical difficulties — but at some point, the technology has to just work. That’s pretty much what happened with the internet. For a decade or so, the internet was a complicated series of text-based protocols, primarily used by scientists and academics to communicate with one another. It wasn’t until Tim Berners-Lee created the World Wide Web — a visual interface that anyone could access via a browser — that we commoners caught on. Once again, growth was exponential; between 1992 and 1997, the share of the North American population with internet access jumped from less than 2% to nearly 21%.

EVs are at a similar point. Until recently, they were just a little too inconvenient for true mainstream use. There were high-profile battery recalls and even fires. They took too long to charge and couldn’t travel very far between those charges. And there were very few models on the market — if you didn’t want a coupe, you were basically out of luck. But over the last few years, we’ve seen a wave of manufacturers enter the EV space, including Audi, Hyundai, Volvo, Ford, and General Motors. Today, American consumers can choose among some 34 different EV models, up from a mere two in 2010. All that competition is going to lead to more choice, a better user experience, and happier drivers. 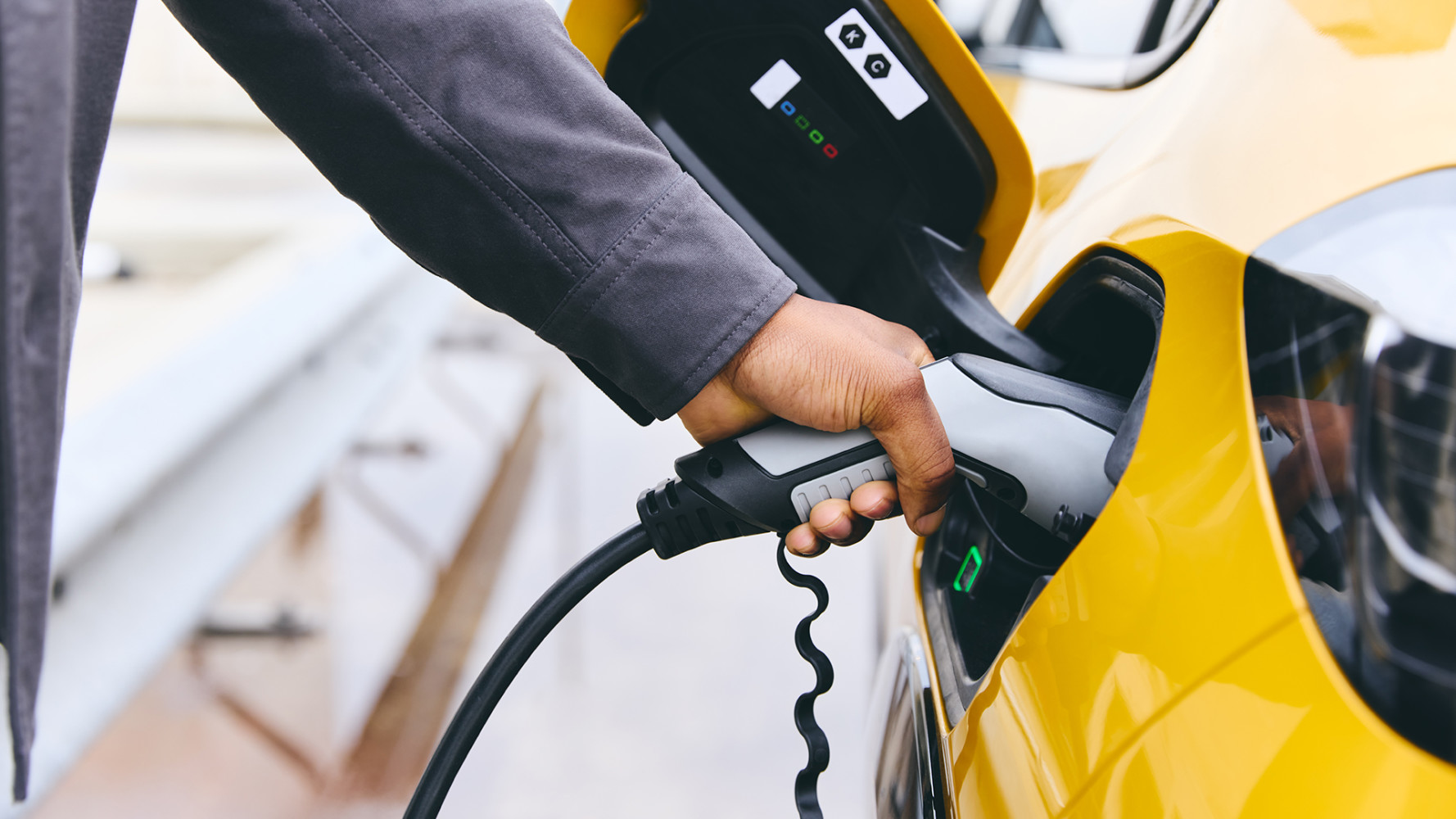 Another lesson: You can have the coolest gizmo in the world, but if you don’t have the infrastructure to support it, it’s not going to take off. Look at General Magic, the company that’s credited with creating the first smartphone software more than a decade before the iPhone came out. Never heard of it? That’s in part because it was released in 1994, before the mobile internet existed. Few people were willing to buy an $800 device that couldn’t actually connect to the web. (Don’t feel too bad. Many of the people who worked there went on to create the iPod, Android operating system, and Apple Watch.)

For too many Americans, EVs are in a similar spot — cool technology, but without the infrastructure to support it. Right now, you need at a minimum a 220-volt charger to juice up in a reasonable amount of time at home. And if you live in an apartment building without a dedicated parking spot, you’ll have to rely exclusively on publicly available chargers, which aren’t always easy to find. The good news, again, is that federal and state governments and private companies have all ramped up their investment in building this necessary infrastructure. And companies like Lyft are making these investments sustainable. By adding more EV drivers to our platform, we’ll increase demand for public charging stations, and that will make those stations more profitable and encourage their owners to build even more — which in turn will make charging access better for all EV drivers.

Finally, to spark hockey-stick growth, it helps to come up with a way for potential customers to experience a new technology without spending a lot of money. (Wireless companies frequently defray the up-front cost of a smartphone in exchange for multiyear service contracts.) Lyft is leading the way here. Our Express Drive rental program lets people sample driving an EV on a flexible weekly basis without having to make a large financial commitment. And as more drivers on our platform choose EVs, exponentially more riders will experience what it’s like to travel in one. That can have a huge impact. In fact, riders who take an EV with Lyft are 41% more likely to consider purchasing an EV for their next vehicle. Given that each of these vehicles provides thousands of rides in a year, that’s a huge opportunity.

For years now, we’ve heard governments and companies make a lot of grand pronouncements about how they’re going to fight climate change. And with the threat looming large, people are right to want quick progress. The current numbers on EV growth are hardly impressive, but I’m optimistic that very soon we’re going to see the kind of rapid growth that we’ve seen in so many other technological revolutions. EVs are undeniably the future, and that future is going to be here before most of us realize.