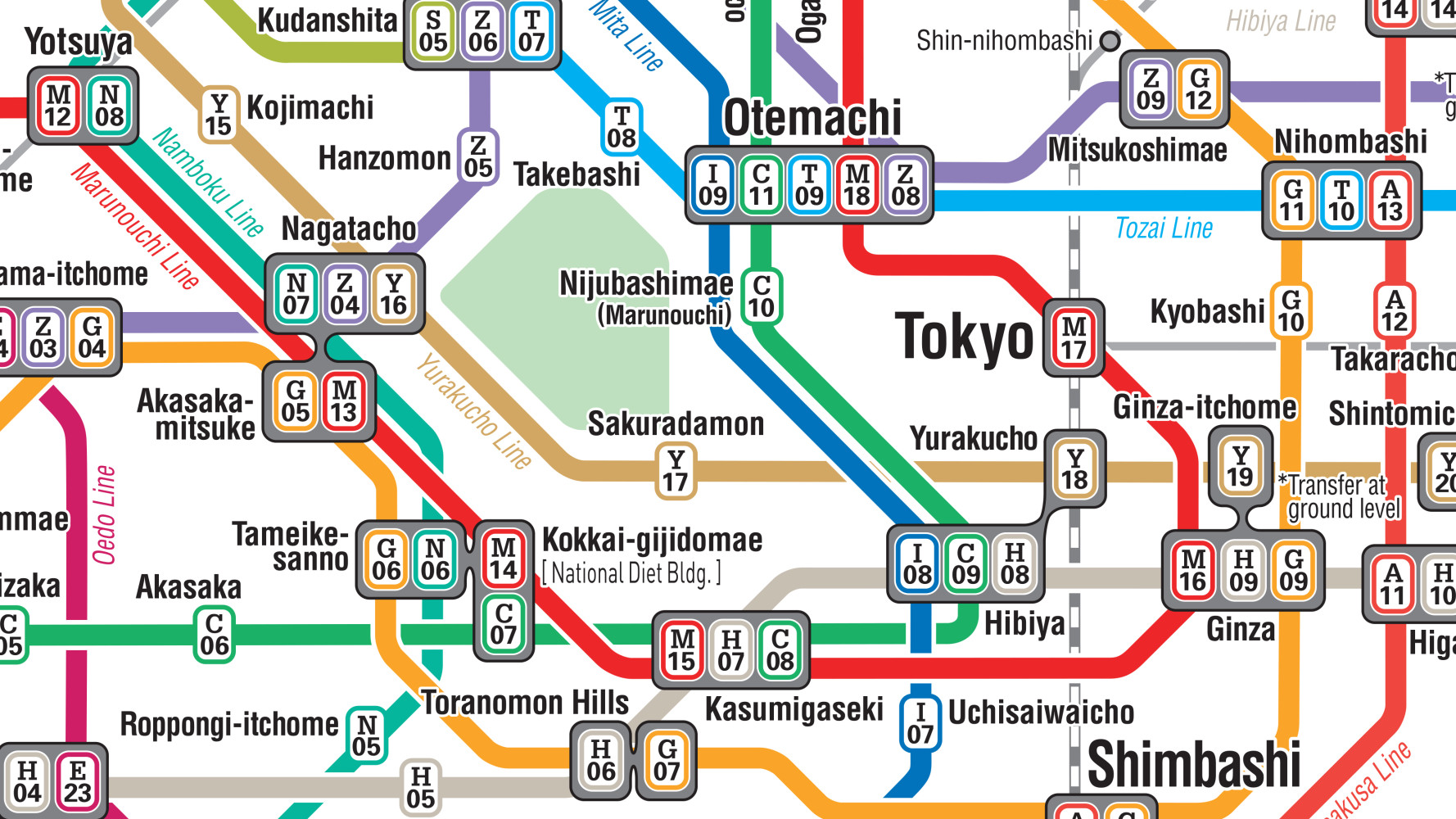 Public transit is one of humanity’s great achievements. When it works well, people are able to get where they need to go affordably, safely, and efficiently.

But building a reliable public transit system is only one part of the equation. You also need to teach folks how to navigate it. Today, real-time apps can tell you precisely how to get from A to B, but when the first municipal underground railway system was built in London in 1863, it didn’t even have a map. Its first system guide wasn’t created until 1908. Since then, transit system operators around the world have sought to design and redesign maps to give passengers just enough information to get around while not overwhelming them with too many details.

Striking that balance is what makes a public transit map great. Here are our favorites.

When Massimo Vignelli debuted his minimal map, New Yorkers flooded the Metropolitan Transportation Authority with complaints—that waterways were beige instead of blue, for example, and Central Park was more a square than a rectangle. But designers loved it, and it’s easy to see why, with its clean lines, bright colors, and highly legible sans serif typeface. MoMA notes one of the primary innovations is the map’s adherence to “rectilinear” geography, orienting all curves and turns in the subway lines around 45- and 90-degree angles. 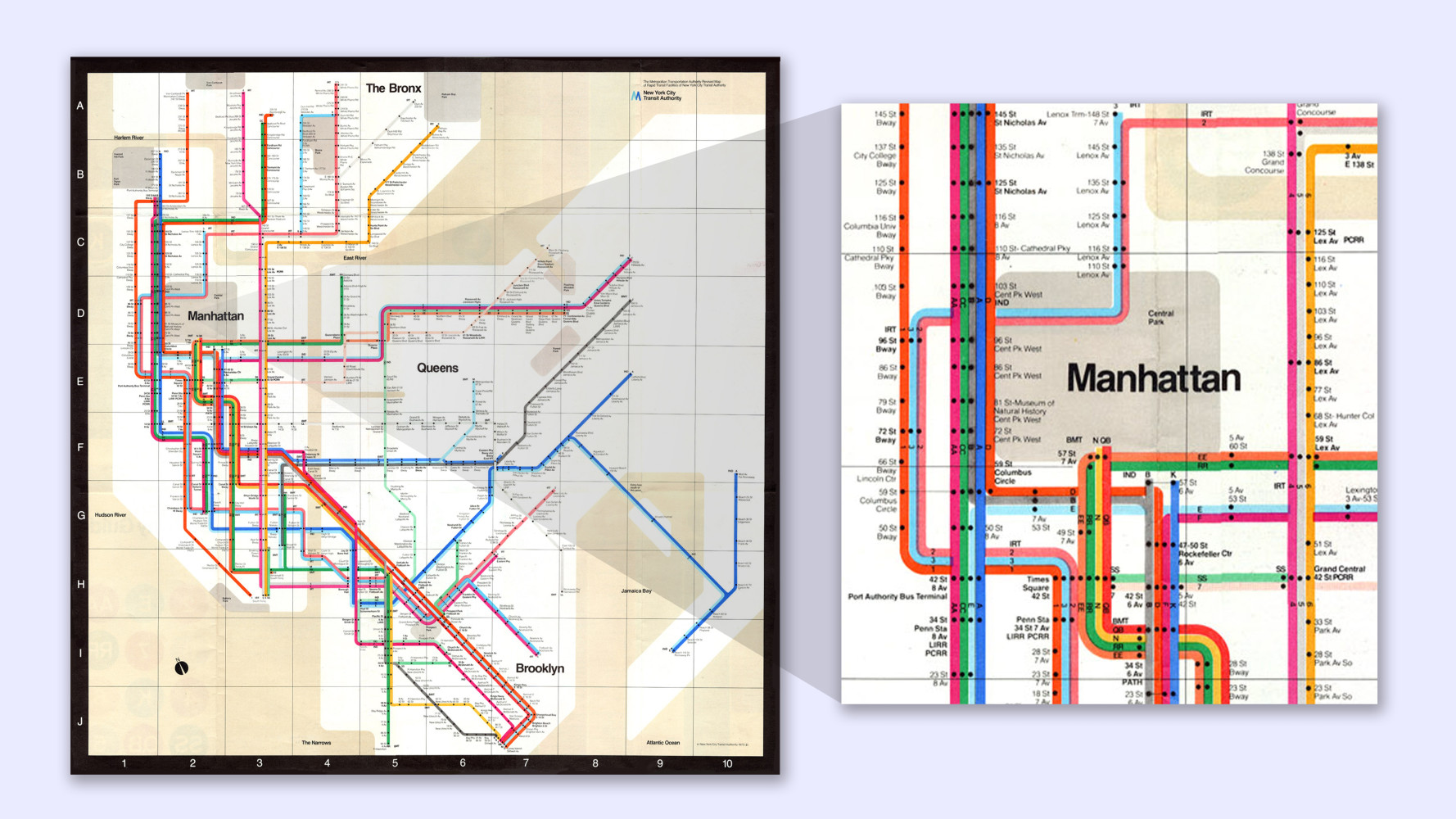 An image of the 1972 New York Subway Map by Massimo Vignelli with a detail view to the right side. Credit: Metropolitan Transportation Authority.

Similar to Vignelli’s NYC subway map, technical draftsman Harry Beck’s 1933 redesign of the London Underground eschews geographical accuracy for visual cleanliness, order, and legibility. It too was controversial when it debuted — with the system’s publicity team initially rejecting it as being too “radical,” a departure from the more information-dense Tube maps of yore. But riders loved it. 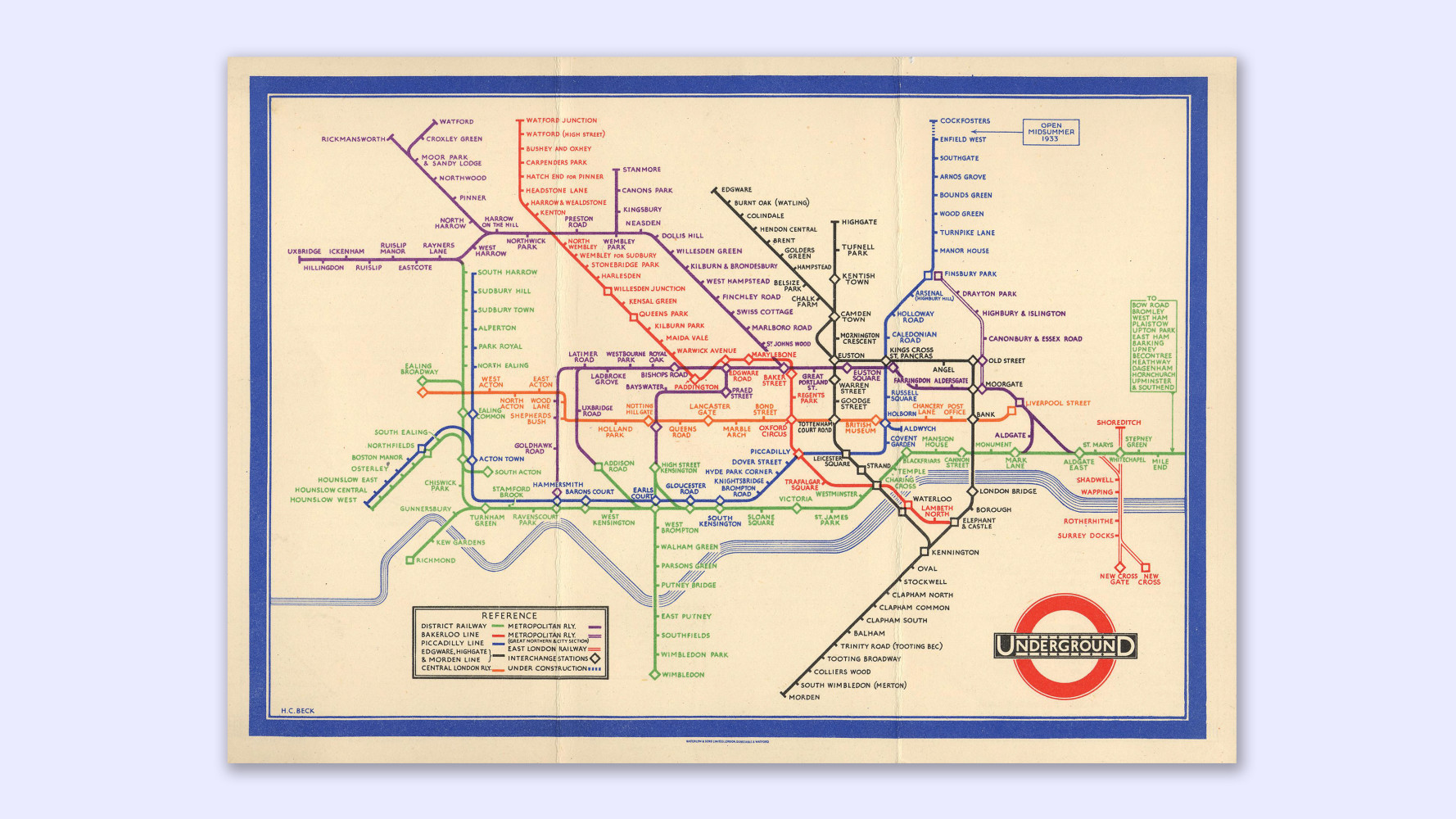 The Modern Tokyo Subway Map from Tokyo’s Bureau of Transportation

Multiple rail operators manage Tokyo’s massive rail network, which extends from the heart of the city out to the suburbs. But the best map belongs to the Toei Subway, which transports more than 2.8 million people daily around the city center and to the airports. Its map crams a gigantic amount of information into a small space, while still maintaining legibility with thick, colorful bold marks for the different subway lines. 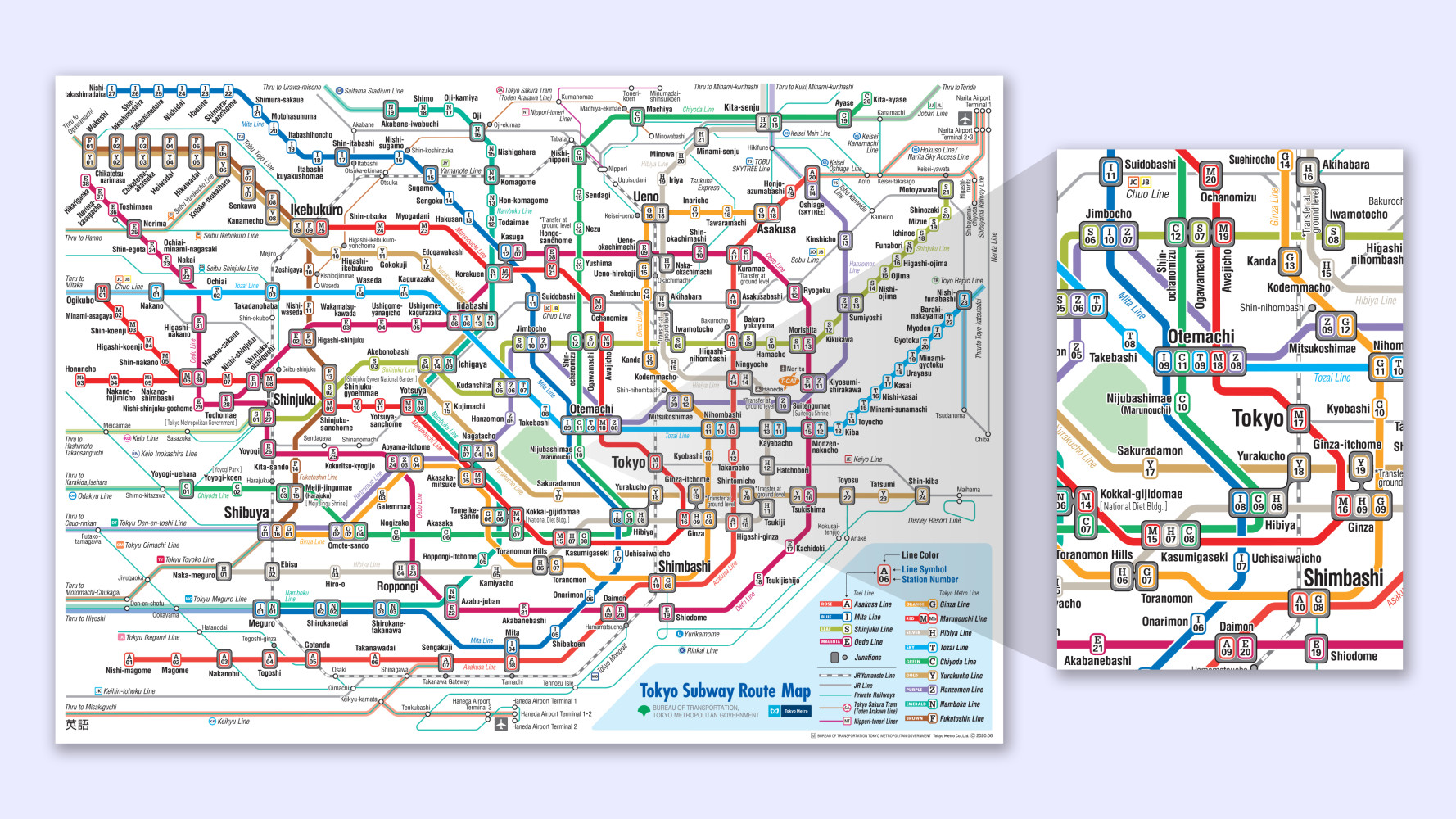 Moscow’s Metro contains a unique feature — the Koltsevaya line, a circular route through some of the city’s most opulent stations. It’s great for riders but a headache for mapmakers because it leaves limited space to place the stations inside the circle. Art. Lebedev Studio solved the problem by focusing on legibility rather than geographic fidelity, arranging all the stations as evenly as possible. The result: a clean, orderly look that has room to accommodate the planned expansion of the system through 2100. 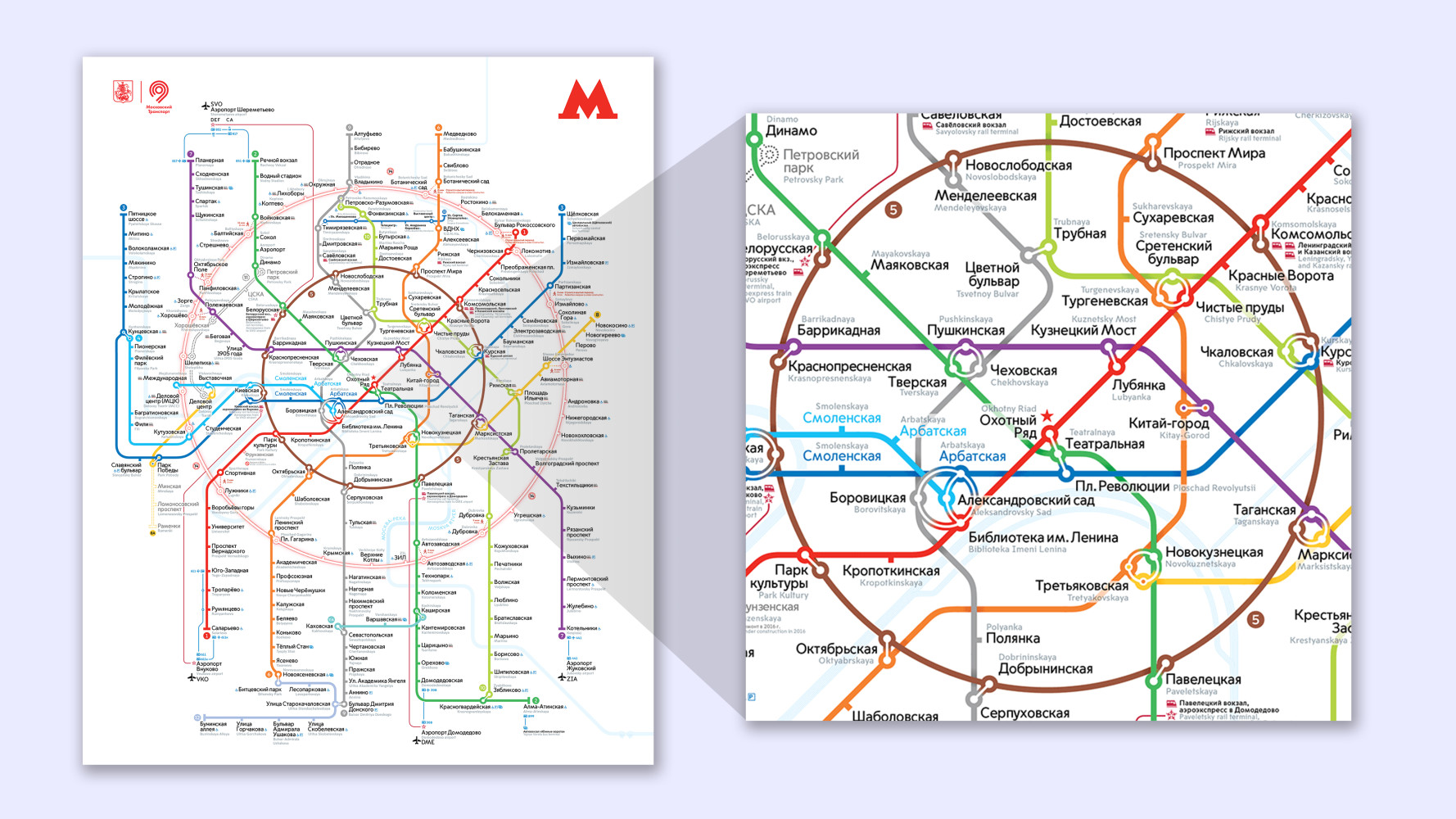 Venice is famous for its beautiful canals, but — with 160 boats, 150 floating pontoons, and 620 land buses — getting around them can be overwhelming. Thankfully, public transit operator Azienda del Consorzio Trasporti Veneziano (ACTV), which manages a fleet of passenger “water buses,” or vaporetti, offers a beautifully approachable map to its various “lines” and stops. The map integrates icons for parking and bus service as well as showing express routes going “above” landings where they do not stop and “below” or into landings where they do. 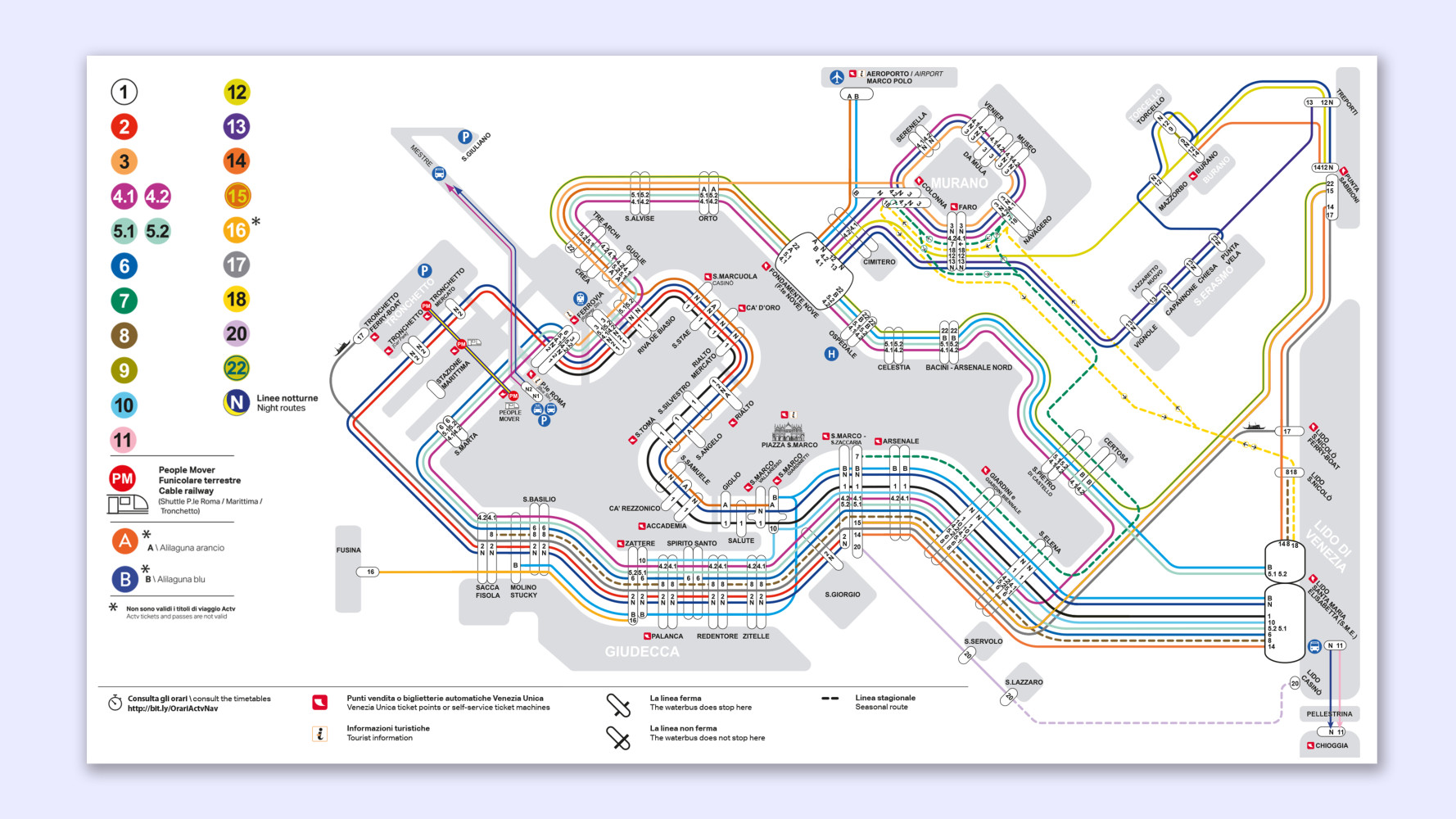 The content provided in this article is for informational purposes only. Lyft makes no representations as to the accuracy and completeness of this information, and unless otherwise stated, Lyft is not affiliated with any businesses or organizations mentioned in the article.