PARKing Day 2020: Don’t stop at the curb, take the rest of the street too

Happy PARKing Day 2020! Since 2005, the third Friday of September has served as an international holiday for city dwellers who believe we can do something better with the curb than store private vehicles. I was introduced to PARKing Day in 2006 as a young advocate working at Transportation Alternatives. Our entire staff would take the “day off” to feed parking meters in iconic places across the five boroughs with our members and activists. We got an early start and filled the places usually occupied by a vehicle with grass, chairs and games to inspire passersby with a different way of thinking about public space. My most memorable PARKing Day spot was directly across from Madison Square Garden on 7th Avenue.

Amidst the public health crisis of COVID-19, an economic downturn and massive unemployment, as well as the community organizing being done across the nation in response to systemic racism and the murder of George Floyd and countless other Black Americans, the critical need for our city streets to be transformed into more equitable and sustainable public spaces has never been more clear.

During the pandemic, cities have become more intentional and creative with the public right of way, turning what was previously parking into space for outdoor dining, bikeshare stations to directly serve hospitals, and parklets in much larger numbers. And they haven’t stopped at the curb. City planners in cities ranging from Oakland to Bogotá to Paris and countless places in between have transformed hundreds of thousands of miles of streets into “open streets,” public streets largely free of vehicular traffic that have provided city residents with important room to breathe and move safely.

Not surprisingly, as city street designs have temporarily evolved over the last few months — to prioritize people and two wheeled transportation out of necessity — so have the ways people are choosing to get around. Cities around the world are witnessing record bike ridership, with lines around the block at local bikes shops. At Lyft, we’ve seen huge spikes in ridership with critical workers on our bikeshare and scooter systems.

To create resilient cities, we need to build resilient streets, faster than we ever have before.

In partnership with Sam Schwartz Engineering, Street Plans, and local organizations in the communities we serve, we’re proud to launch our Resilient Streets Initiative. 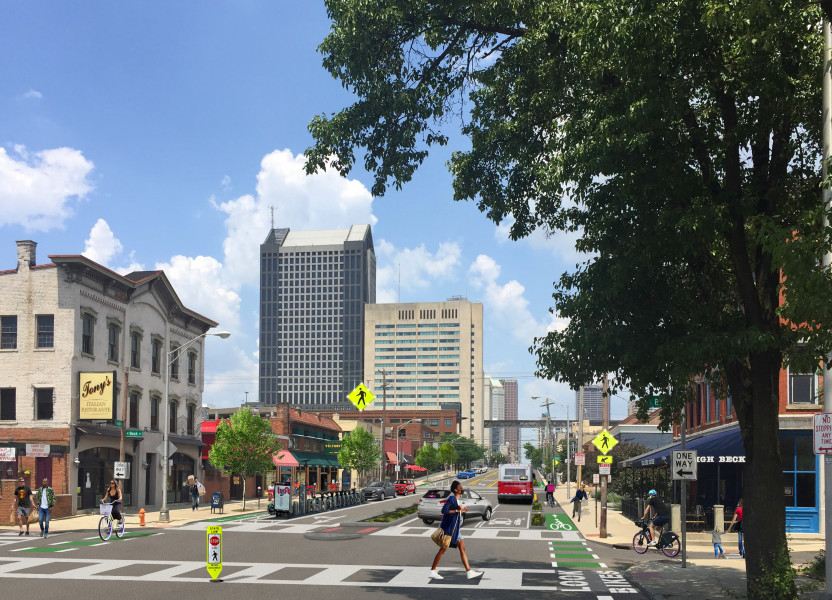 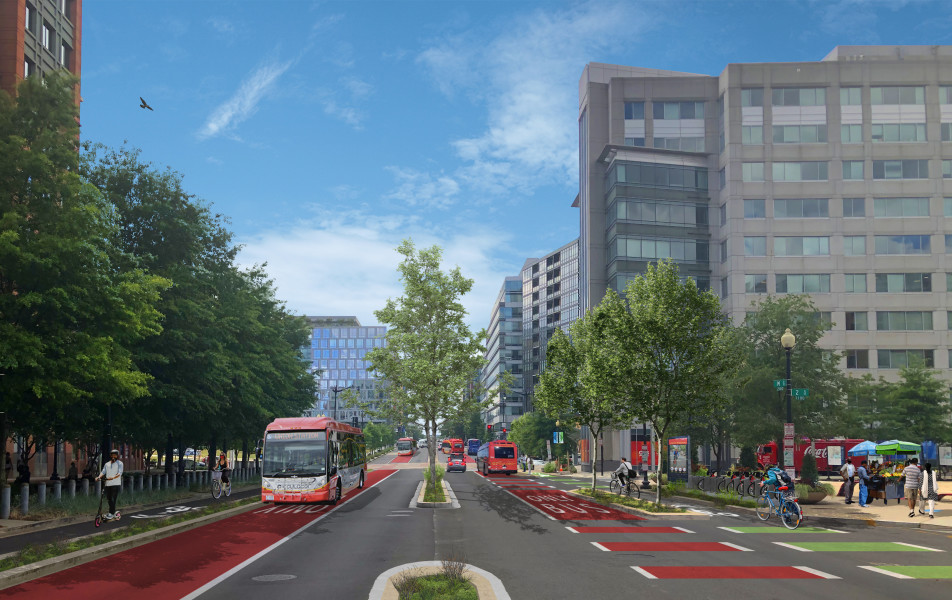 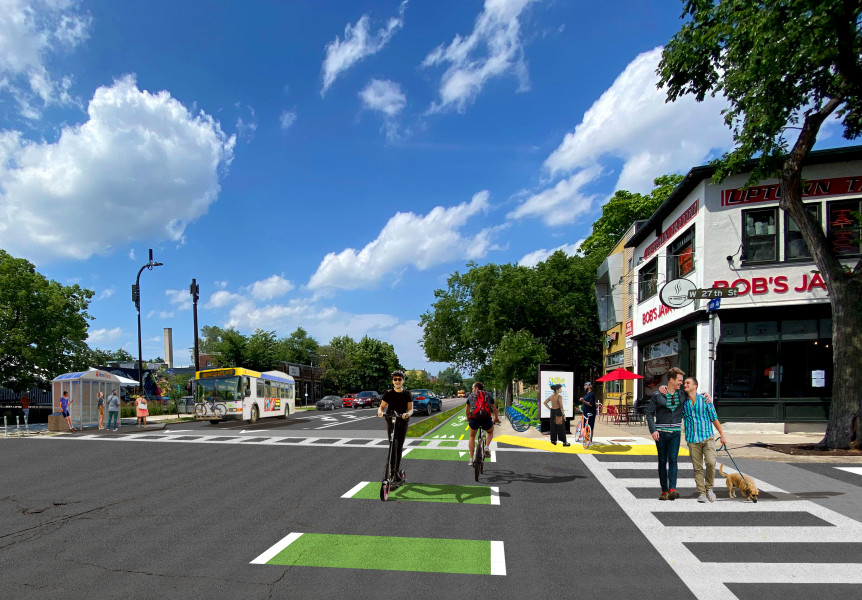 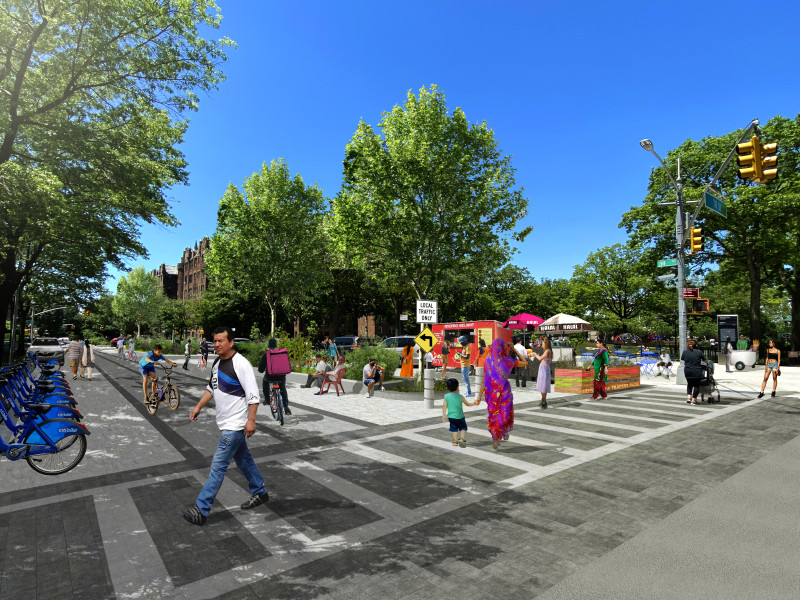 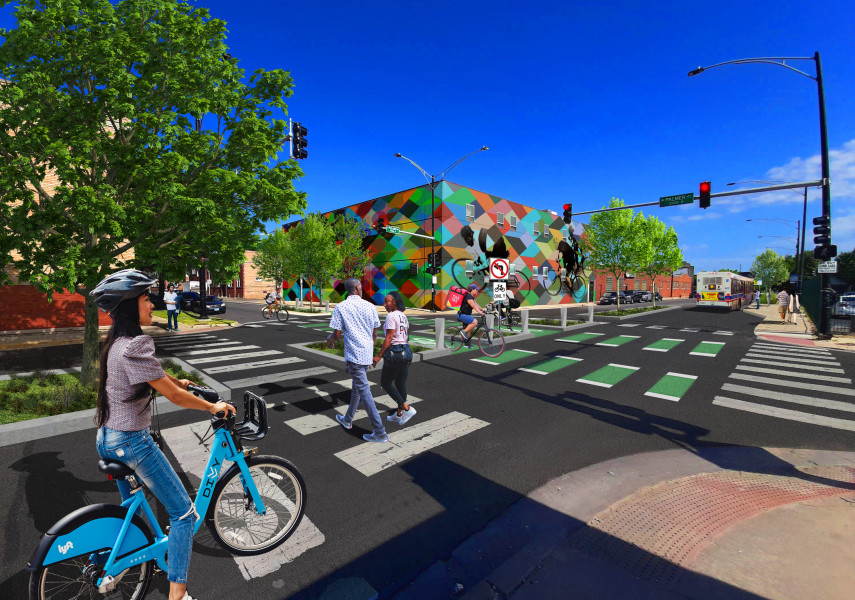 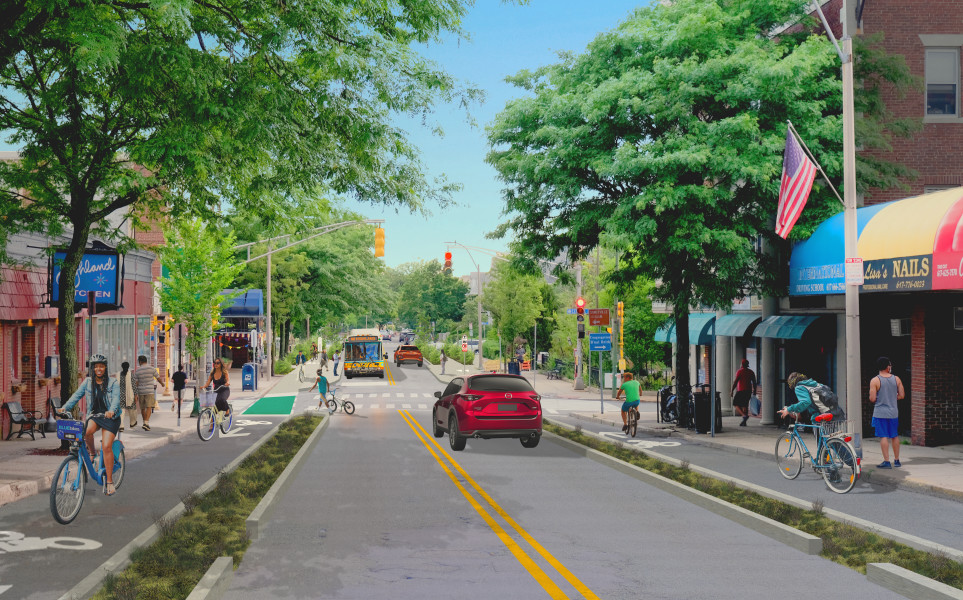 At the local level, we’re amplifying voices of local advocacy groups who are working hard to bring change to their communities. 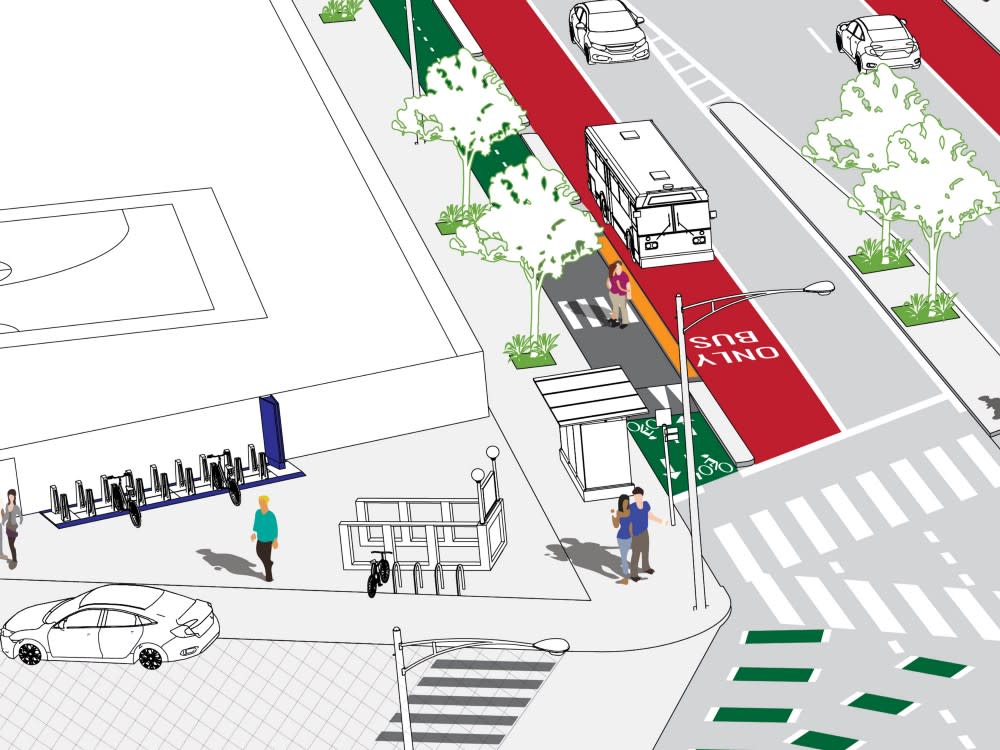 In Queens, New York City, we looked at how the introduction of select bus service, new protected bicycle infrastructure, and the expansion of Citi Bike could help transform access for central and western Queens residents. Check out our case study. 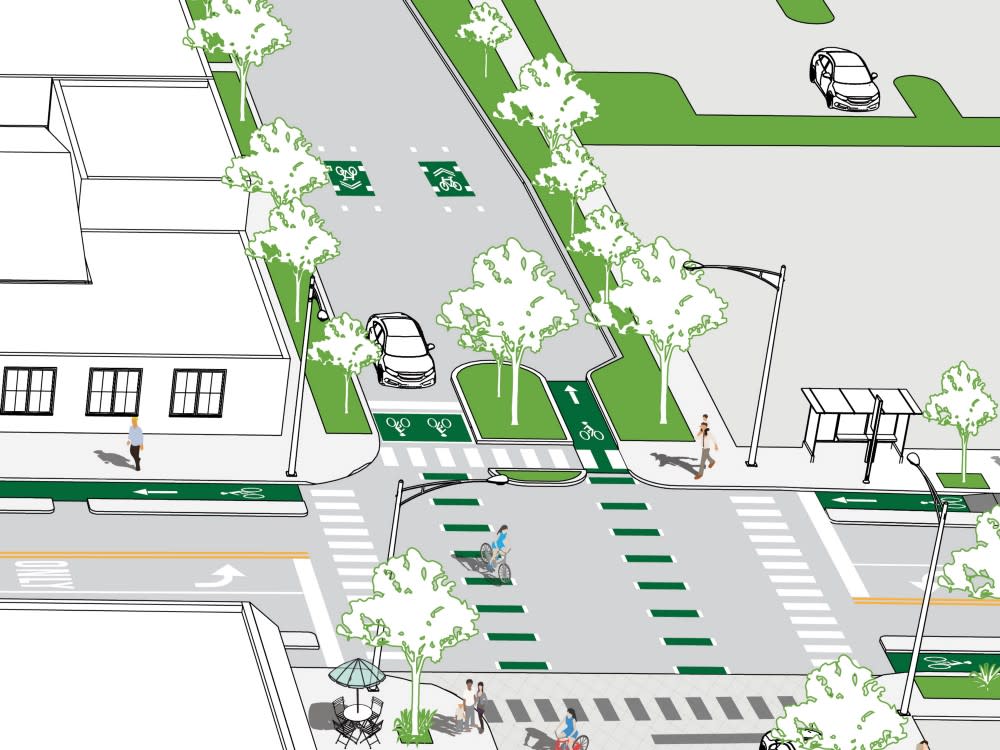 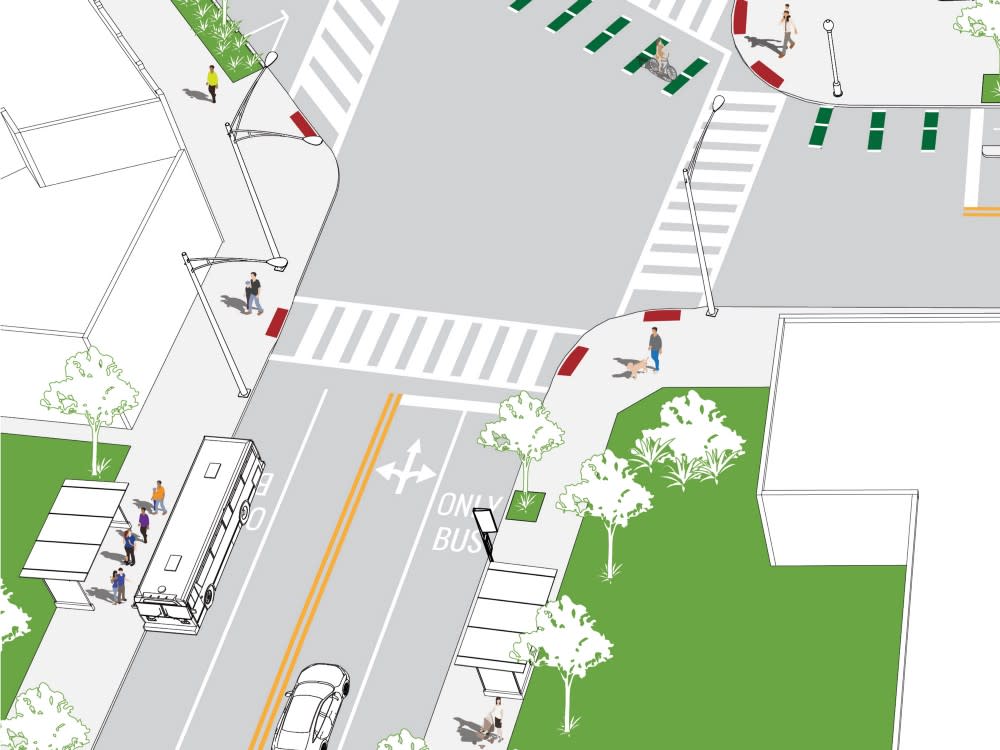 In Ward 8 of Washington D.C, we studied how additional people-centered transportation options and infrastructure can better connect neighborhoods east of the Anacostia River with the Navy Yard and beyond. Check out our case study.

To make resilient streets, we need federal leadership to make it happen. We can’t count on individual transit or micromobility riders to solve this problem, nor can cities fix systemic problems on their own. Making these sorts of radical transformations will require an unprecedented alignment of local, State and Federal priorities, as well as funding for infrastructure and incentives to shift travel behaviors. For the last 70 years, federal policy has often hampered the construction of resilient streets, making it harder for cities to invest in cycling, walking, and transit than in new highways.

Every few years Congress revisits federal transportation policy, as they are doing now with the reauthorization of the FAST Act, a piece of legislation that guides transportation funding priorities nationally. At Lyft, we’ve been working with groups like the League of American Bicyclists, PeopleForBikes, and Transportation for America to encourage Congress to increase the amount of funding allocated for crucial transportation priorities like public transit, bike lanes and bikeshare through that bill, which passed out of the House this Summer. We agree with the transit community that we must both work for long-term investment, and invest at least $32 Billion now to keep our critical transportation agencies afloat. Without federal funding, public transit, bike and pedestrian safety projects simply cannot happen at the scale needed locally. Particularly in light of COVID-19, federal leadership and funding is more vital than ever.

The proposed House transportation bill also contains language that would extend the Commuter Tax Benefit to cover bicycling, e-bike and bikeshare-related commuting expenses. These incentives, when paired with the sort of world-class infrastructure our advocate partners envisioned for this project, can start to make sustainable transportation a viable option for millions more Americans in cities across the country. We encourage everyone to sign PeopleForBikes’ petition to help get the FAST Act through the Senate and across the finish line.

Lyft was founded with a clear mission to add rocket fuel to the movement working daily to build “cities for people, not cars.” Our founders knew achieving this would require us to compete with the convenience of car ownership to end traffic congestion, inspire a transportation revolution, and lead an equitable, scalable approach to shared bikes and scooter systems in cities. Our Resilient Streets Initiative is a continuation of this work, and raises the importance of street design in achieving this mission. We look forward to continuing the work ahead with the cities and riders we serve — preferably while riding shared bikes and scooters on a new network of bus, bike and pedestrian streets.