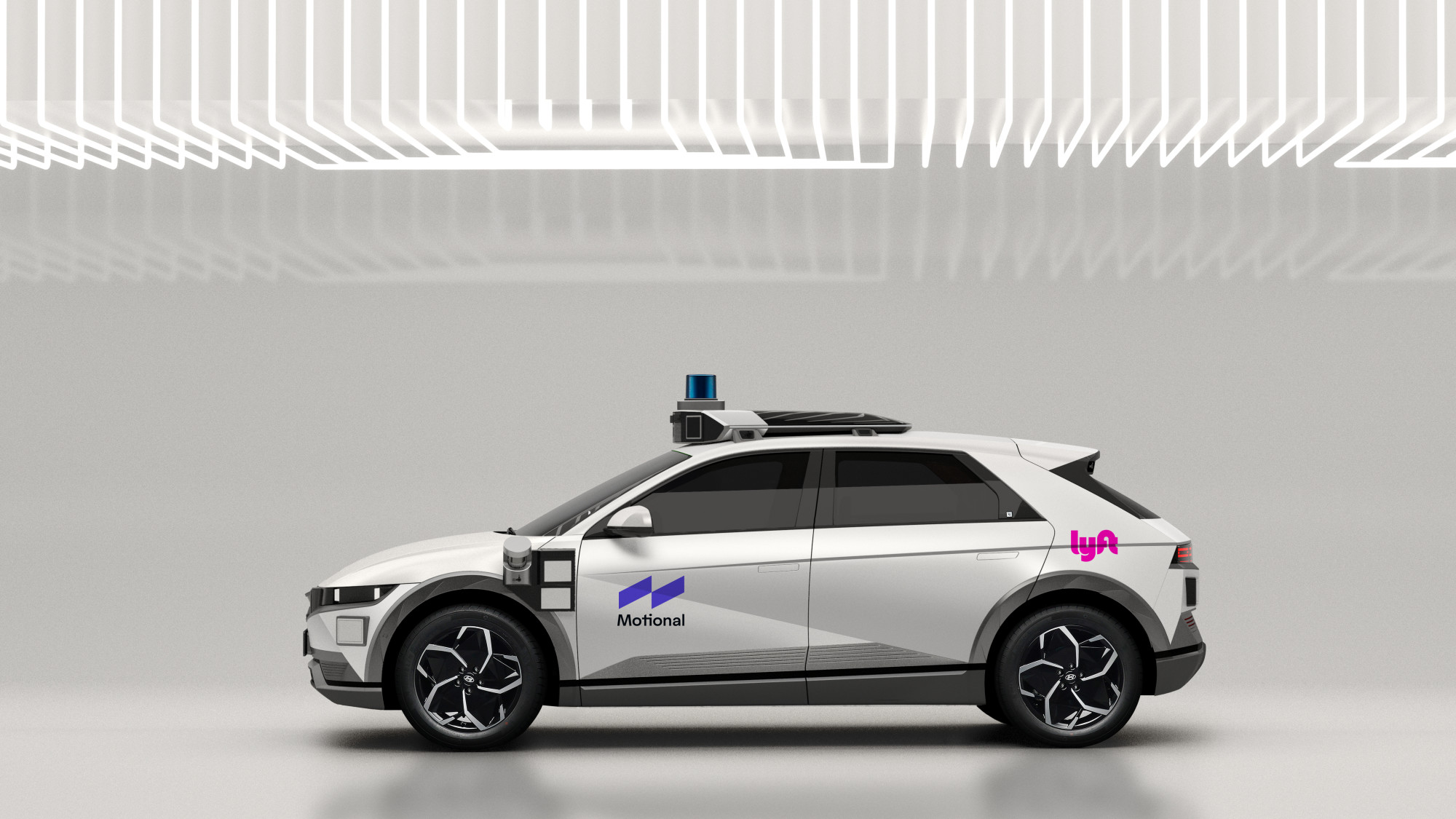 Boston, MA: November 9, 2021 Motional, a global leader in driverless technology, and Lyft, Inc.(Nasdaq: LYFT) today announced the planned launch of a fully driverless public ride-hail service in Las Vegas, the first city in a multimarket deployment. Motional’s next-generation robotaxis, the all-electric Hyundai IONIQ 5-based robotaxi, will be available on the Lyft app in Las Vegas, starting in 2023. The deployment is part of a landmark partnership between Motional and Lyft announced last year.

The service will be the first time fully driverless cars for use in a ride-hailing service are available to the public in Nevada. Launched by Aptiv in 2018 and now as Motional, the company has operated a public self-driving service with Lyft in Las Vegas for over three years. The 2023 deployment represents a significant expansion, will use Motional’s next-generation robotaxi, and will be the first time passengers experience a fully driverless Lyft and Motional ride. With plans to launch in multiple markets, the service is also designed to be scalable and positions both Motional and Lyft to introduce millions of riders to driverless technology in the future.

Motional’s president and CEO Karl Iagnemma said the announcement marks an important milestone between the two companies. “Motional and Lyft pioneered collaboration between the ride-hail and driverless industries, and are now laying the foundation for large-scale deployments of driverless robotaxis,” said Iagnemma. “We look forward to beginning this next chapter in Las Vegas, and then quickly scaling to other markets across the Lyft network.”

“Lyft’s powerful network is the ideal platform for deploying autonomous vehicles at scale. Motional’s driverless tech, combined with Lyft’s marketplace engine, brings us firmly into the self-driving future,” said Lyft Co-Founder and CEO Logan Green. “We can’t wait for riders in Las Vegas to be the first to summon fully driverless cars on the Lyft platform.” 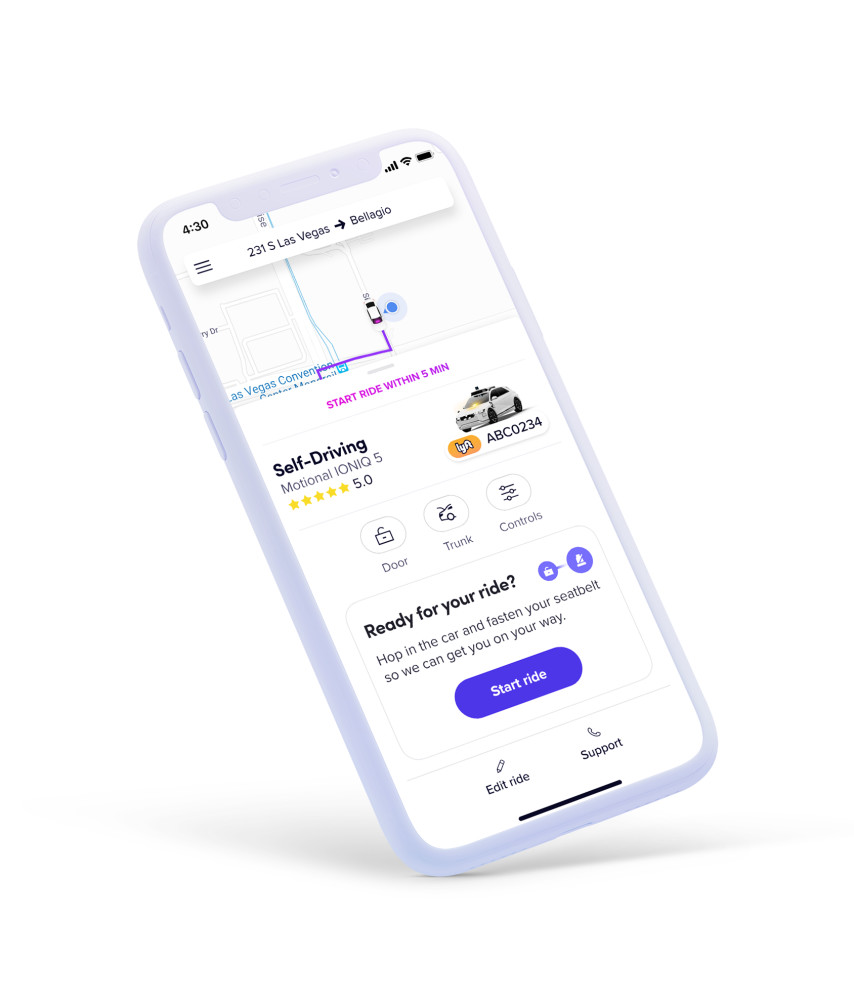 Motional and Lyft are collaborating closely in the lead-up to the 2023 commercial launch, iterating on all aspects of the deployment and rider experience (UX). This includes transporting passengers via Motional’s next-generation robotaxi, the IONIQ 5 robotaxi starting in the second half of 2022. During this initial phase, riders will experience their end-to-end journey autonomously, including entering the vehicle, starting their ride, and requesting support. This will allow Motional and Lyft to gain rider feedback, refine the UX to be as intuitive as possible, and more.

The IONIQ 5 robotaxi was developed through strategic collaboration between Motional and Hyundai, is built to safely operate without a driver, and comes with enhanced safety and reliability features. It will be Motional’s second vehicle to operate without a driver on public roads, making the company one of very few industry leaders operating a second-gen driverless platform.

Integrating driverless vehicles onto a ride-hailing network and effectively deploying them is an inherently complex process that requires deep collaboration between the robotaxi fleet provider (Motional) and the network (Lyft). As operators of the world’s most established public self-driving service (Las Vegas; 2018-present), Motional and Lyft have over three years of experience optimizing this service, which represents a unique advantage in the driverless industry.

Las Vegas presents an exciting opportunity as the first city in Motional and Lyft’s multimarket driverless deployment. The dynamic city receives over 40 million visitors annually and is home to some of the world’s largest entertainment, business, and trade events. Motional’s robotaxis will provide safe and reliable transportation to these millions of visitors and Las Vegas community members.

Today’s announcement comes as a new study reaffirms Americans’ interest in experiencing driverless technology. Over a third of respondents believe they will have taken a ride in a driverless vehicle within five years and more than half think AVs could have a positive impact on their community . Motional and Lyft believe multimodal ride-hail networks can provide improved and safer transportation options for millions of Americans, and look forward to making that future a reality.

The companies will share more details on the launch next year. For more information on Motional and Lyft, visit www.Motional.com/news and www.lyft.com/blog.

Certain statements contained in this announcement are “forward-looking statements” within the meaning of the securities laws, including statements about Lyft’s plans to launch fully driverless ride-hail services. Such statements, which are not of historical fact, involve estimates, assumptions, judgments and uncertainties. There are a number of factors that could cause actual results or outcomes to differ materially from those addressed in the forward-looking statements. Such factors are detailed in Lyft’s filings with the Securities and Exchange Commission. We do not undertake an obligation to update our forward-looking statements to reflect future events, except as required by applicable law.

Motional is a driverless technology company making autonomous vehicles a safe, reliable, and accessible reality. The company formed in 2020 as a joint venture between Hyundai Motor Group, one of the world’s largest vehicle manufacturers offering smart mobility solutions, and Aptiv, a global industrial technology leader in advanced safety, electrification, and vehicle connectivity.

The Motional team has driven some of the industry's largest leaps forward, including the first fully-autonomous cross-country drive in the U.S, the launch of the world's first robotaxi pilot, and operation of the world's most-established public robotaxi fleet which has conducted over 100,000 public rides.