It’s Election Day in Dodge City, Kansas, and Alejandro Rangel-Lopez is looking for a ride. Dressed in a blue Kansas Jayhawks T-shirt (he hopes to go to KU next fall) and classic Old Skool Vans, the 18-year-old is eager to cast his ballot for the first time. Bridget, a college honors student and single mom who drives with Lyft, pulls up under the bluest of prairie skies, and Alejandro hops in.

“Where are we going today?” Bridget asks. “We’re going to vote.” 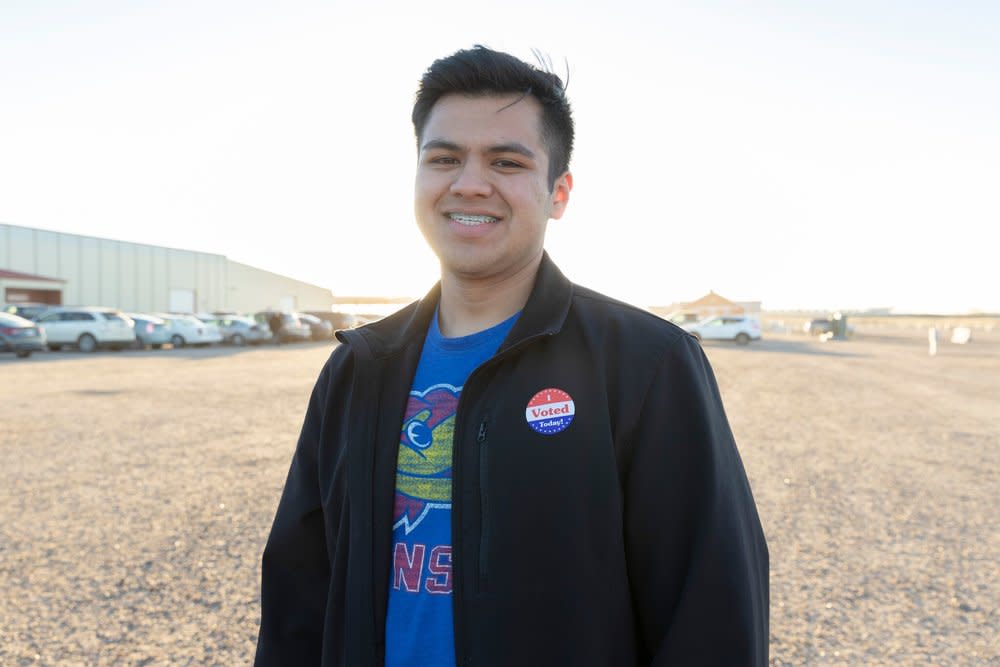 The right to vote is what democracy is all about. But in Dodge City, home of Wyatt Earp and cattle drives and the Dodge City Athletics, it can also be something of a slog. Since 2002, the town has had a single polling station for its 13,000-plus registered voters, including Alejandro. This year things got even tougher when the polls were moved outside the city to the Western State Bank Expo Center, an area dotted with body shops and junkyards and little else. Few people live out here. There are no sidewalks or bus stops, just the nonstop roar of 18-wheelers going to and from the area’s enormous meat packing plants.

Still, Dodge City is far from the only place where lack of transportation to polling sites can make voting a challenge. According to a study by the Center for Information and Research on Civic Learning and Engagement (CIRCLE), an estimated 15 million registered voters didn’t make it to the polls in 2016 because they lacked an easy way to get there. As a company devoted to improving transportation access for everyone, Lyft wanted to do what it could to help bring that number down. That’s why this past Election Day, Lyft launched The Ride To Vote, a national initiative to register voters, help people make voting plans, find their polling location, and provide free or discounted rides to would-be voters across the country. To make sure transportation wasn’t an issue, Lyft teamed up with a diverse array of organizations, from Student Veterans of America and the League of Women Voters to the National Federation of the Blind.

“Today feels different driving versus any other day,” Bridget says, “because today we have a goal and the goal is to get people to get out and vote.” 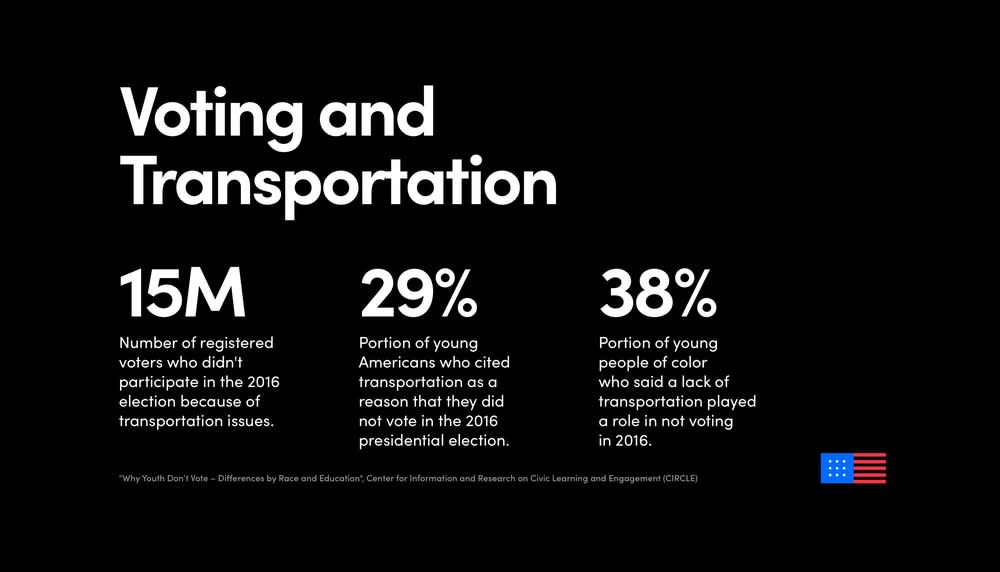 Voting is important to Bridget. For the past two years, she has helped her fellow college students register to vote, learn about the candidates, and submit absentee ballots. She’s also a frequent Lyft driver, which she says is keeping her out of college debt. Ride to Vote was especially meaningful to her: “People should be able to get out to the polls without having to rely on a friend or a family member.” 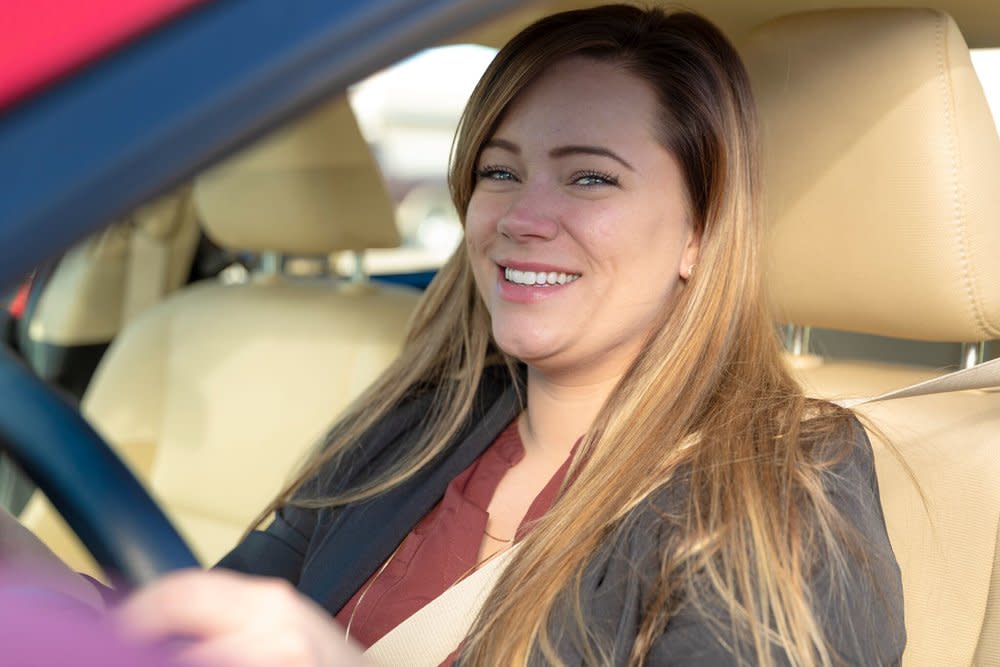 Bridget isn’t the only driver in Kansas City to report enthusiasm for the initiative. Another is Tim, a lover of the Godfather movies who claims his great-grandpa drove a beer truck for Al Capone. Tim says his family is a house divided, politically speaking, filled with staunch liberals, lifelong conservatives, and Republicans rethinking things.

“It makes for some interesting family get-togethers,” he says.

But they all vote. Tim has voted in every presidential election since he turned 18, and is a subscriber to the credo that if you don’t vote, you lose your griping rights.

“That ‘I Voted’ sticker is a badge of honor,” he says—a badge he’s eager to help others claim by giving them a ride to the polls. “I don’t care who they vote for. I just care that they vote.”

With so many close races and control of Congress hanging in the balance, voters were poised to turn out in numbers that dwarfed those of the 2014 midterms. At the same time, the people least likely to vote were young people of color and low-income individuals—just the groups most likely to need a ride to the polls in the first place. 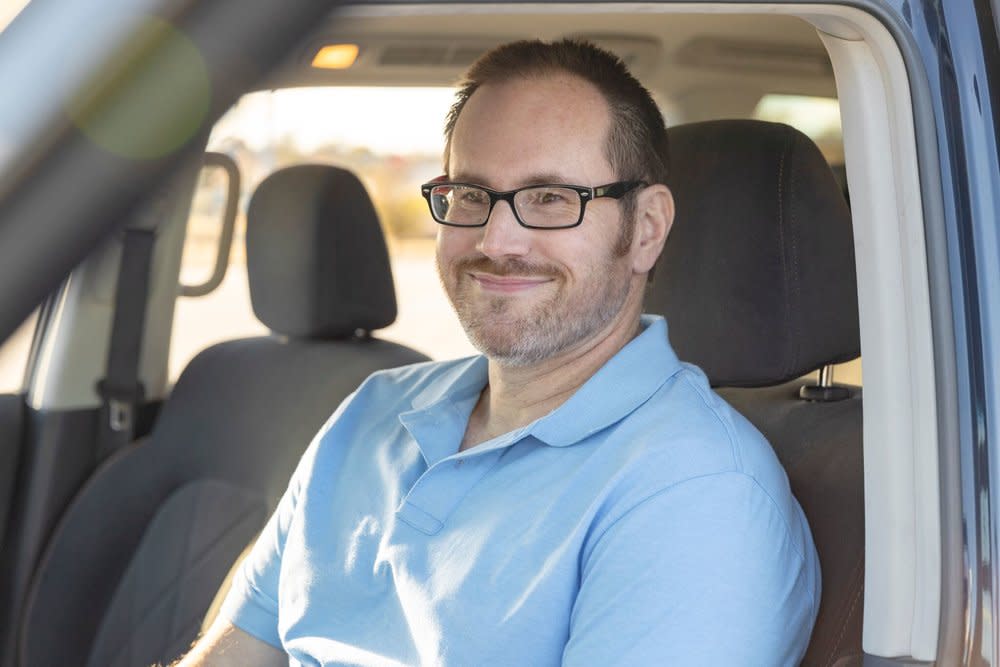 Across the country, in cities and towns, suburbs and state capitals, Lyft drivers like Tim and Bridget were out on the road to give free or discounted rides to voters. One of those who got a ride, of course, was Alejandro. But for Alejandro the issue of access to the polls went beyond personal convenience. Two weeks ago, the high school senior was the named plaintiff in a federal lawsuit filed by the ACLU, which asserted that Dodge City’s polling site move had a discriminatory impact on the town’s Latino voters.

The lawsuit hit the national news and made Alejandro a hero to some. Others strongly disapproved. As the son of immigrants who came to the U.S. in the 1990s, Alejandro was taught early on about what it means to be an American, how citizenship comes with certain duties and privileges, with voting being something of a mix of the two.

After Bridget drops him off at the Expo Center, Alejandro fills out a ballot for the first time. As he exits, he smiles and places his red, white, and blue “I Voted Today!” sticker on his black windbreaker.

Lyft wasn’t the only organization to recognize the potential need for rides in Dodge City. Thanks to an outpouring of support from local citizens and groups, there were shuttles from the community college picking up kids in back of the student union building. There were SUVs emblazoned with “Vota/Vote” messages transporting folks from the original polling location nearly four miles away.

The result of the combined effort is that people in Dodge City—like people in the rest of the country—made it to the polls in droves. 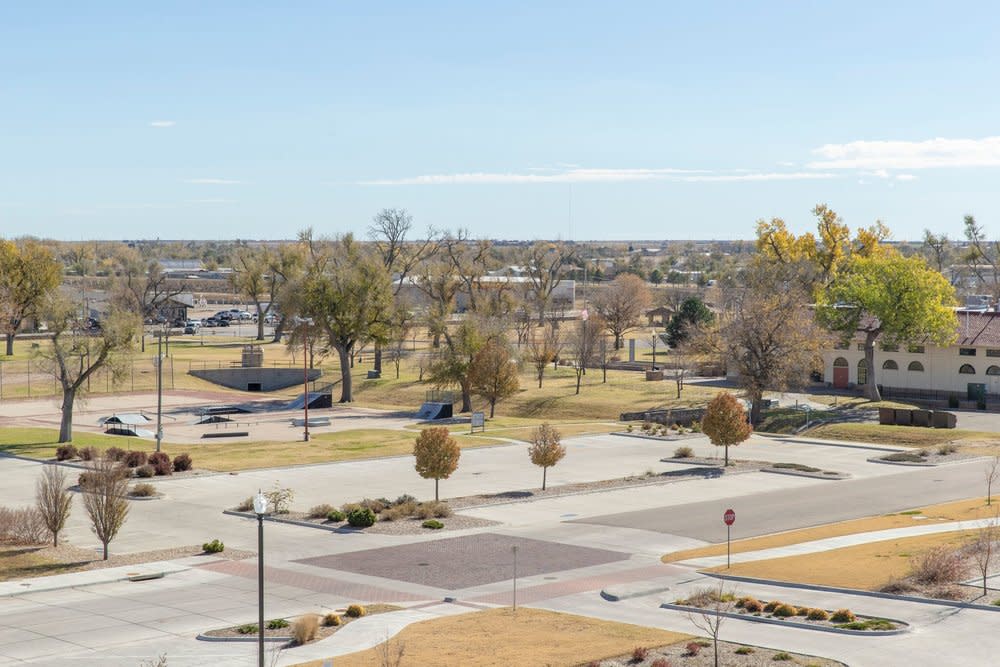 “It felt good being a part of something bigger than myself,” says Tim as the sun disappeared at the end of the day.

After all, how often does one get to help democracy just by opening your car door to a stranger?

“There’s not really any other feeling that compares to that. When you really feel like you’re involved in something that affects others and affects the outcome of the country.”

Election DayThe Ride to VoteDriver StoriesNews
Back to Blog

Lyft Riders Are Changing the World

Driver Opinion: Why I’m Fighting for Protections and Independence