Anthony Foxx, the Secretary of Transportation under President Barack Obama and former mayor of Charlotte, North Carolina, is joining Lyft as Chief Policy Officer and Advisor to the Co-Founders. (See Anthony’s announcement here). In this newly created role, Anthony will work alongside Lyft’s co-founders, as well as Lyft’s Vice President of Public Policy, Joseph Okpaku, as we work to improve people’s lives with the world’s best transportation. 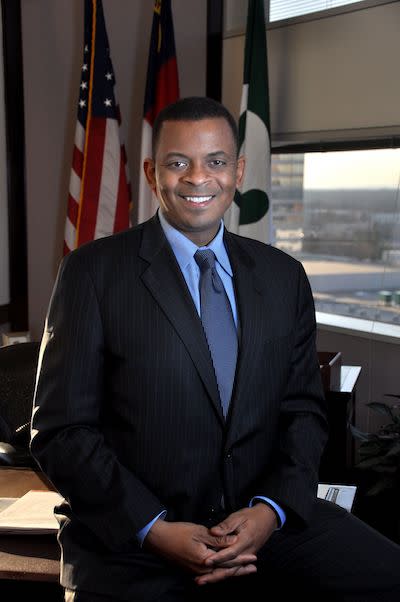 From 2013-2017, Anthony served as the 17th United States Secretary of Transportation, leading an agency with more than 55,000 employees and a $70 billion budget, whose primary goal was to ensure that America maintains the safest, most efficient transportation system in the world. Under Anthony’s leadership, the Department of Transportation (DOT) recognized the importance of innovation in changing not just how we get around, but what our cities will look like in the future. Among many accomplishments during his tenure, the DOT established a first-ever policy framework for the safe integration of self-driving vehicles, and leveraged $350 million in public and private funding to demonstrate how smart technology can change cities and local communities.

Now, Anthony will bring his considerable expertise in working at the intersection of transportation policy, technology, and public-private partnerships to Lyft. “In just a few short years, Lyft has meaningfully changed how people get around. Lyft has led the industry with its collaborative approach to working with regulators, and I am excited to be joining Joe and the exceptional Lyft Public Policy team,” said Anthony.  “I have been inspired by the community Lyft has built, guided by strong corporate values and a mission to reshape cities around people - not cars.”

He continued, “Lyft is transforming the urban landscape responsibly, working alongside public transit agencies, demonstrating a strong commitment to transportation accessibility and equality, and investing in shared rides, bikes, and scooters to reduce congestion. I am looking forward to contributing to the positive impact Lyft is making on urban transportation.”

John Zimmer, co-founder and president of Lyft added, “Lyft is in a unique position to drive positive change, and we’ve never taken that responsibility lightly. Anthony’s unmatched experience and future-focused perspective will push us forward as we partner with cities and regulators to expand affordable mobility options, take cars off the road, and fundamentally change cities for the better.”

During Anthony’s time as mayor of Charlotte, North Carolina, he made transportation investments the centerpiece of Charlotte's job creation and economic recovery efforts. These investments included extending the LYNX light rail system, the largest capital project ever undertaken by the city. The project will build new roads, bridges, transit as well as bicycle and pedestrian facilities. He also expanded Charlotte-Douglas International Airport (the sixth busiest in the world), worked with North Carolina Governor Beverly Perdue to accelerate the I-485 outer belt loop, and started the Charlotte Streetcar project.

Please join us in welcoming Anthony to Lyft!

Here is Anthony’s full announcement in his own words:

Transformations can happen quickly.  Some take time. With so much talk about the growth of cities, the internet of things, the role of regulation in an era of rapid technological change, rising congestion and the need to open the doors of opportunity wider to all segments of the population, change is needed. I have spent much of my public life putting the building blocks in place for that transformation to occur.  I see a future in which we get places safer, faster, smarter, cleaner and more connected to opportunity – and each other – than ever before. This future is within our grasp but it will not happen on its own. It will be the product of business and government working together. Because I believe the team at Lyft is best positioned to drive us in the right direction, I am proud to announce that I am joining their team today as Chief Policy Officer and Senior Advisor to the President and CEO.

More on that in a second.  Let me get back to transformations. There is a transformation underway across the world and in the United States.  People are increasingly flocking into cities, seeking better opportunities and quality of life.  This growth is compounding the challenges of moving ever larger numbers of people within the relatively tight footprint of our urban regions.  If we’re not careful, sheer population growth and slow adaptation of technologies that might otherwise relieve congestion, create more connections and increase economic access will limit our potential as a nation.  There will be some trial and error. There will be some transition challenges. But the direction – safer, faster, smarter, cleaner and more connected to opportunity – and to each other – will be worth it. My belief is woven into my life experience.

Growing up in Charlotte, I rode with my grandparents on weekend trips to the grocery store.  They were retired school teachers and cared for me throughout my childhood. We routinely passed by the stores closest to us because they offered moldy meats and seafood.  These stores would never have attempted to open in more well-to-do parts of my hometown. So, every Saturday morning, my grandparents traveled to three grocery stores across town, one for staple foods, another for meats, fruits and vegetables and still another for fish.  It does not get any more fundamental than food.

My grandfather bought used cars.  He put enough gasoline in them to make the trips he needed but rarely filled the tank.  The car was a necessity but it was also a cost center. We were lucky to have a car. I saw so many nearby families who did not.  How much more discretionary money might my family have had if we never owned a car – if there had been a way to pay for the trips they needed instead of the car itself?  How about those families I saw growing up who had no choices – not for food, not for work, not for school, not for health care? Lyft is, at its core, a transportation company.  It wants to offer solutions we did not see back in those days.As a mayor and, later, as the U.S. Secretary of Transportation, I have a unique perspective.  I have made decisions on issues affecting mobility – everything from zoning and land use, to capital budgeting, to street resurfacing, to transit.  As U.S. Transportation Secretary, I carried my local government experience to Washington, putting forth the Department’s first Smart City Challenge and issuing the most comprehensive national autonomous vehicle policy framework in the world.  I traveled to all 50 states and lobbied for passage of the FAST Act, the first long-term transportation funding bill in a decade. These efforts required strong relationships, creativity, grit and vision. These are qualities that I also see in Logan and John – and the incredible platform they have built.

Lyft has built its brand on getting you there and caring about how you get there.  The company remains at the forefront of meeting our nation’s comprehensive mobility needs, but works hard to do so in partnership with key stakeholders.  They recognize the extent to which the Lyft platform can bring people together while connecting us to the places we go. They have built an amazing team, and they believe, as I do, that this work, if done well, can lead to a better world.  I so look forward to working with this incredible team. Lyft is the future, and I cannot wait to get started.

News
Back to Blog